Professor Mike Kagioglou became the Dean of Engineering at Western Sydney University on the 9th of March 2020. The School consists of Civil, Electrical and Electronic, Mechatronics and Mechanical Engineering. Previous to that he was the Dean of Art, Design and Architecture at the University of Huddersfield in the UK from the 4th of November 2013. The School consisted of three innovative departments: Art and Communications; Fashion and Textiles; and Architecture and 3D design. He was previously at the University of Salford in the UK where he was the Head of the School of Built Environment since 2009, the No.1 Research Power School in the 2008 RAE for Architecture and the Built Environment. 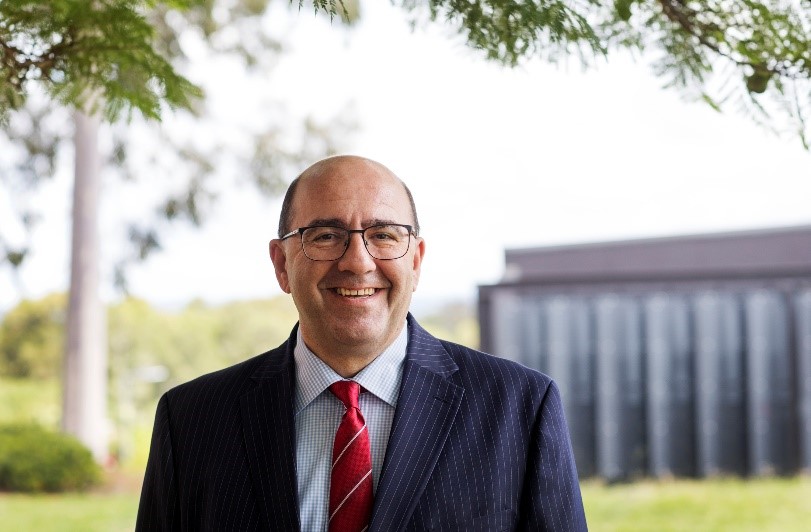 Mike's career spans Engineering, Manufacturing, Creativity, Design, Architecture and the Built Environment, engaged in inter and multi-disciplinary research at a global level. Mike's commitment to inter and multidisciplinary endeavours was evident from the beginning of his academic career. He chose to undertake an Integrated Engineering Systems degree at Manchester Metropolitan University where he explored the integration of a number of disciplines around the development of New products. He then specialised in Advanced Manufacturing Systems at the Master's level where he coined his work on Design and New Product Development (NPD) working with SMEs and undertaking a placement within a precision Engineering company to get under the skin on how new products are developed, from conception to final market introduction and use. His PhD considered Process in general and NPD more specifically in a number of sectors and that was the point that he developed a strong interest in the Built Environment and worked as a research fellow in a major EPSRC funded project. Receiving his PhD in 2009 he joined the University of Salford as the Manager of the £8M EPSRC (Engineering and Physical Sciences Research Council) Salford Centre for Research and Innovation (SCRI) in the built and human environment. He became the Director of SCRI in 2008.

Mike's more recent work over the last 7-8 years focused on process issues in Healthcare Infrastructure and he was an Academic Director for the £11M EPSRC funded interdisciplinary IMRC in Health and Care Infrastructures Research and Innovation Centre (HaCIRIC). This collaborative centre broke new ground in emphasising the importance of the built environment in delivering healthcare outcomes. Mike's current research is around Healthcare infrastructure and better decision making in complex settings, following an outcomes/benefits based philosophy. He is also working on platform design in a number of sectors and Lean thinking. He has published more than 200 academic referred papers, many industrial reports and three books. Mike has taken part in international evaluations and consultancy activity.

Key People in our School