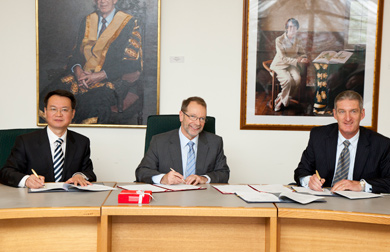 Representatives of the Ningbo Municipal Education Bureau, UWS and the Department of Education and Communities sign a Memorandum of Understanding.

The opportunities for Australian school students to learn the Chinese language will receive a boost, following the signing of a new Memorandum of Understanding (MoU) at the University of Western Sydney.

Together with UWS, the Western Sydney Region of DEC and the NMEB in China have worked to develop a practical, on-the-job training program for international students from China. As part of the program the Chinese students, who are proficient in both English and Chinese and have successfully completed an undergraduate degree in language education, are given the opportunity to enrol in the UWS Master of Education (Honours) program.

During their 18 months of study at UWS, these highly skilled students will complete work with experienced mentors to support the teaching of Chinese for Western Sydney students interested in learning this second language.

The Western Sydney-Ningbo Partnership, which has been running at UWS since 2006, has so far successfully contributed to the learning of Chinese as a second language by 4,017 primary students and 1,358 secondary students in Greater Western Sydney region. 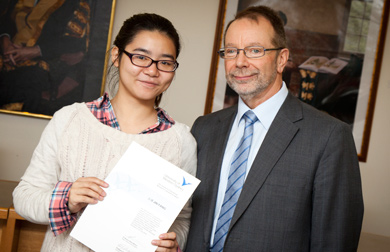 The new MoU between the Univeristy, DEC and NMEB will guide the further implementation of the Partnership over the next five years – with an intake of 10 Chinese students each year, beginning in 2013 to 2017.

Professor Michael Singh from the UWS Centre for Educational Research, who directs the Western Sydney-Ningbo Partnership for UWS, says the unique, innovative teacher education program provides mutual benefits for the University, the international students, and the school students in western Sydney.

“The Ningbo Project is very important to the future growth and successful stimulation of the Chinese language education programs in our local schools,” says Professor Singh. 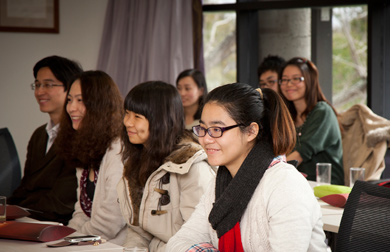 Ningbo students watch the signing of the MoU

“The signing of this MoU represents the agreement among all three organisations that the Western Sydney-Ningbo Partnership holds significant, mutual value, and that the simultaneous education of Chinese international and local western Sydney school students should continue into the future.”