Each year, the University of Western Sydney hosts the Yarramundi Lecture in celebration of NAIDOC Week, to commemorate the history, culture and achievements of Aboriginal and Torres Strait Islander peoples.

Since the inaugural Yarramundi Lecture in 1997, the public event has been considered an important and unique opportunity for the University community to embrace Indigenous education and support reconciliation.

In 2012, the event will be held at 3pm on Friday 29th June 2012 at the UWS Hawkesbury campus. Warren Mundine, Chief Executive Officer of GenerationOne, will be performing the Yarramundi Lecture. 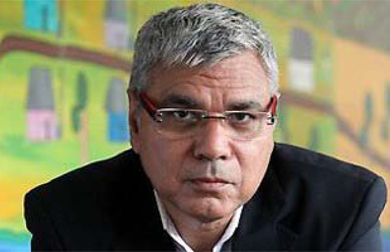 Warren Mundine, an Australian Aboriginal leader and member of the Bundjalung people, succeeded Tim Gartrell as the CEO of GenerationOne in June 2012.

Mr Mundine was recruited to lead the GenerationOne campaign, which aims to end the disparity between Indigenous and non-Indigenous Australians in one generation by harnessing the power of employment and training.

On Friday 29th June, Mr Mundine's lecture will be streamed live on the UWS News Centre from 3pm and will be filmed for broadcast on TVS.

Media enquiries should be directed to the UWS Media Unit.

View photos of the Yarramundi Lecture