Australia a Space-faring Nation: Imaginaries and Practices of Space Futures 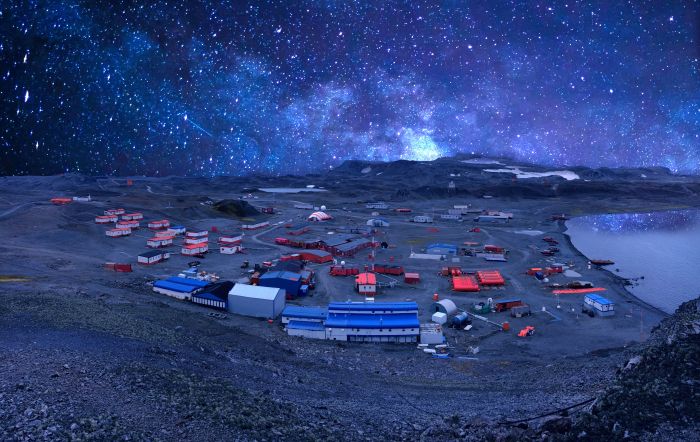 This project investigates the challenges, opportunities and implications of outer space as a site of economic, political, environmental and cultural interest for Australia. Combining interviews with key experts, ethnography and creative practice, the project analyses how a range of imaginaries of outer space are produced. The study will develop new insights to understand and communicate the cultural significance of space exploration in direct response to renewed national and global interest in outer space research. By engaging with a range of space actors in Australia and internationally, the project will investigate government organizational practices, innovation across start-ups, scientific practices and First Nations’ perspectives in Australia. By producing a documentary film and through industry fora and public exhibitions, the results will both animate and inform public understandings of space exploration in Australia and internationally. These outcomes will be of benefit to scientific communities, governments and industry. Research outputs will contribute to national research capacity in social studies of science, foster opportunities for international interdisciplinary collaborations, and inspire Australian public engagement with space research.

The project officially started in June 2020. Between October 2020  and April 2021 the research team has conducted over 40 interviews with a range of space actors and stakeholders in Australia and internationally. A report is being developed for the second half of 2021.

Watch a recording of the Roundtable (opens in a new window) chaired by Juan Francisco Salazar on Sense-making about Space, as part of a 9-part webinar series convened by the Academy of the Social Sciences during August 2021.

This first session focuses on how we understand and make sense of space through historical, cultural, philosophical and social lenses.

Watch a recording of the invited keynote (opens in a new window) by Juan Francisco Salazar “Situating astrobiology: abductive reasoning, speculative thinking, planetary futures” for the Borders of astrobiology: (un)disciplined futures. organised by AstrobiologyOU, a multidisciplinary research group at The Open University in Milton Keynes, UK.

Paola Castaño is a Newton International Fellow funded by The British Academy at Cardiff University. Her fields of research are sociology of science and knowledge, epistemology of the social sciences, political sociology and sociology of morality; and her themes of interest are human space exploration, art and science, and public communication of astronomy. She is currently completing a book about the meanings and valuations of scientific research on the International Space Station. On the basis of five years of ethnographic, interview-based and archival work following the life course of experiments sent to the station, the book examines the fields of particle physics, plant biology and biomedical research, and makes a case for a sociology of institutions and values in the study of science in human spaceflight. She has a PhD in sociology from the University of Chicago and has been a postdoctoral researcher at the Smithsonian Air and Space Museum in Washington DC, the Free University of Berlin, and Waseda University in Tokyo.

Ceridwen Dovey a fiction writer and essayist based in Sydney. She’s the author of several works of fiction (Blood Kin, Only the Animals, In the Garden of the Fugitives, and Life After Truth), and non-fiction (On J.M. Coetzee: Writers on Writers and Inner Worlds Outer Spaces: The Working Lives of Others). Her essays have been published by newyorker.com, the Smithsonian Magazine, WIRED, the Monthly, and Alexander. In 2020, she won a prestigious Australian Museum Eureka Award for her long-form essay critiquing the commercial push to mine the Moon. With the guidance of her supervisors, ARC Future Fellow Professor Juan Salazar and international space law expert Professor Steven Freeland, Ceridwen is undertaking a Doctorate of Creative Arts (DCA) within the School of Humanities and Communication Arts. Her primary project is to write a new collection of short stories about space objects and landscapes, Only the Astronauts. Her secondary project is to write and publish several essays about environmental ethics in outer space for a general readership, as a way of inviting ordinary citizens and non-specialists into these important conversations about what kind of futures we are creating in space. She is also working with filmmaker Rowena Potts on a short experimental film, Moonrise.

Rob Nugent is a filmmaker grappling with entanglements, mainly between human and nonhuman places and situations. His films employ and critique various documentary forms and perspectives. They have arisen from purposefully taking a camera on speculative expeditions to remote locations in Indonesia, Guinea, Iraq, Ethiopia, Egypt, Tanzania and Australia. 'End of the Rainbow' was the story of an eternal gold mine, wandering from one place to another on planet earth. It won international film awards and screened in Europe, the US and Australia.  ‘Memoirs of a Plague’, tackled the Locust story, heretically proposing that these Biblically imagined insects actually don’t cause famine. His last film, ‘Night Parrot Stories’, sought to reconcile western perspectives on a rare bird, with other ways of knowing and thinking about Australian geographies. Rob would argue that how we have come to imagine Space is an eminently cinematic proposition, and a logical progression from the strange contortions Gold, Locusts and Parrots have created in our minds. In between these longer film sojourns he is really fond of making short films repurposed from his favourite place of all, the cutting room floor.