19 Jan 2022
Between 2019 and early 2021, we developed a research proposal asking for funding from the Australian Research Council (ARC). The project was to investigate the mass student climate action movement and its relationship to democracy. A few weeks ago, on Christmas Eve, we learnt via Twitter that the ARC had recommended our research proposal for funding, but....Read more. A statement on political interference in grant schemes

18 Jan 2022
We join others in expressing our disappointment at the Education Minister’s decision on 24 December 2021 to withhold funding for a grant by Associate Professor Philippa Collin and colleagues to study Australian young people’s leadership and participation in the climate action movement and the implications of this for contemporary democracy.....Read more.

Pat Cummins becomes Australian men’s test captain: why is it so rare for a fast bowler to take the reins?

01 Dec 2021
Australian men’s test cricket captain Tim Paine’s sudden resignation due to a sexting scandal meant a rapid search for a suitable new captain. The most obvious choice was Pat Cummins, the current vice-captain and the world’s best fast bowler. Cricket Australia has today confirmed Cummins will step into the role ahead of the Ashes series starting on December 8. Steve Smith will be the deputy.....Read more.

11 Nov 2021
Issue 5 of the University's Future-Makers publication that brings attention to the fascinating research undertaken in a wide range of disciplines has been released. This issue features four research projects conducted by Institute for Culture and Society researchers and students. The commitment of our researchers to excellence, quality and integrity are reflected in their collaborations with international partners and in the international work of our higher degree research students.....Read more. 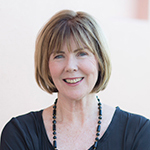 Prof. Deborah Stevenson has been elected a Fellow of the Academy of the Social Sciences in Australia

11 Nov 2021
Professor Deborah Stevenson from the Institute of Culture and Society has been elected a Fellow of the Academy of the Social Sciences in Australia (ASSA).The Academy, established in 1971, promotes excellence and encourages outstanding achievement in the social sciences in Australia. Fellows are elected by their peers for their distinguished achievements and exceptional contributions made to.....Read more. Technology, identity, and the spaces in between

04 Nov 2021
Since coronavirus spread throughout the world, the majority of us have spent more time online and involved in digital activities. Even prior to the pandemic, many people were concerned or sceptical about the increasing reliance on the digital that western culture has experienced in recent decades. These concerns have understandably intensified since the pandemic started and there are some very real downsides to increased technology use.....Read more. 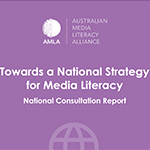 03 Nov 2021
The Australian Media Literacy Alliance (AMLA) has released a report this Global Media and Information Literacy Week that calls for a united and collaborative approach to the development of a national Media Literacy strategy for all Australians in response to the barrage of misinformation impacting society.....Read more.

After a bombshell day at ICAC, questions must be asked about integrity in Australian politics

27 Oct 2021
A few days into the current Independent Commission Against Corruption (ICAC) proceedings in NSW, and it appears two relatively popular former NSW premiers and Cabinet colleagues – Gladys Berejiklian and Mike Baird – might hold markedly different views on integrity in public office.In fact, Baird, who is not accused of any wrongdoing,....Read more.

Howzat? The Ashes are on, but so is the pandemic

14 Oct 2021
Although yet to be confirmed officially, men’s Ashes cricket in Australia seems certain to commence in December. A women’s Ashes test and other matches are also scheduled for early 2022 with much less fanfare. The relief of cricket authorities and fans is palpable.Negotiations over the tour between the England and Wales Cricket Board (ECB),....Read more.

Australia’s housing laws are changing, but do they go far enough to prevent pet abandonment?

29 Sep 2021
A new project that spotlights the strain from COVID-19 on our health systems and the people who work in them has invited health-care leaders and artists to create artworks that illuminate what it has been like leading, working and living through the pandemic.The culmination of this collaboration is Topsy Turvy, an interactive digital exhibition initiated by the....Read more.

17 Sep 2021
Talking about television generates many words relating to ingestion, like TV appetite, fare, diet, menu and, currently in vogue, binge. Is binging just another stage in the evolution of television viewing or a fast flowing pipeline to unhealthy cultures and bodies? Emeritus Professor David Rowe gave this keynote for The Joan Sutherland Performing Arts Centre in September 2021....Read more.

Technology is key for refugees starting new lives in Australia. But women and children don’t have equal access

14 Sep 2021
As evacuees and refugees from Afghanistan start their new lives in Australia, their ability to navigate the digital world will be crucial. Our research, published today, reveals how newly arrived refugees use digital technologies as they begin this new chapter.Importantly, new arrivals will need some level of digital know-how to participate in QR code-based contact tracing, to access COVID testing, book vaccination....Read more.

08 Sep 2021
People in China under the age of 18 will only be allowed to play video games between 8pm and 9pm on Fridays, weekends and on public holidays, under new rules introduced this week. China’s state media service says the rules aim to curb gaming addiction.China has a history of making dramatic....Read more.

I turned to The Secret Life of Us for warm nostalgia. Instead, I found jarring memories

02 Sep 2021
In the throes of lockdown, the desire for certainty is unequivocal. The pandemic has shattered the predictability of our everyday lives, making the future precarious. Where to seek solace? In nostalgia, perhaps. The sentimental longing or wistful affection for a period in the past.For me, memories of The Secret Life of Us screamed comfort, certainty and nostalgia. Stumbling upon the four seasons....Read more.

13 Aug 2021
With COVID numbers surging in Sydney’s multicultural western suburbs, NSW Health Minister Brad Hazzard speculated that migrant and refugee communities in the region “haven’t built up trust in government”, which might make them reluctant to engage with health authorities.And yesterday, Hazzard made another oblique reference to residents in western Sydney by saying,....Read more. 09 Aug 2021
When Malini Sur visited a remote village along the India-Bangladesh border for the first time to conduct fieldwork for her PhD dissertation in 2007, she had no intention of staying in the area or conducting fieldwork until 2015. Or even writing a book. At that time, she intended to study the lives and the journeys of the undocumented Bangladeshi migrants who travelled from the border into various Indian cities.....Read more.

The Brisbane Olympics are a leap into an unknowable future

23 Jul 2021
There’ll be two types of Australian high jump in Tokyo this month. The first, most likely scripted, was Queensland Premier Annastacia Palaszczuk’s front row leap after Brisbane was awarded the right to host the 2032 Olympics.The second will be in response to Australia winning any medals. Palaszczuk’s leap is also a plunge into an uncertain future.For the next 11 years there will be much debate about whether it’s worth it.....Read more. 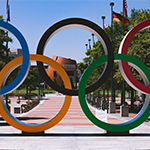 16 Jul 2021
The Tokyo Olympics have become a major talking point following the endless concerns and controversies surrounding the games. The Olympic games and the philosophy behind Olympism have long been a centre of cultural attention. Here is some of the media coverage and academic research papers written on past and present Olympic games by our ICS members.....Read more.

Getting ready for climate change is about people, not spreadsheets. Let’s use our imaginations

14 May 2021
Measures in this week’s federal budget to help Australians withstand and adapt to climate change are sorely needed, after years of cuts in this policy area.The Morrison government has funded a raft of initiatives, including A$600 million to establish a National Recovery and Resilience Agency and A$210....Read more.

It’s not surprising Indian-Australians feel singled out. They have long been subjected to racism

06 May 2021
In the past five years, the number of overseas-born migrants from India grew more than any other group in Australia, increasing from 449,000 to 721,000. Indian residents leapfrogged New Zealand-born and China-born migrants in the 2020....Read more.

06 May 2021
You’d be forgiven for asking if living in some parts of New South Wales is actually good for your health. In the past 18 months Australia’s most populous state has been challenged like never before. Unprecedented bushfires, a global pandemic and recent flooding have posed huge questions, which sit alongside other 21st-century.....Read more.

15 Apr 2021
For most of us, it’s hard to imagine a media-free day.Understanding what’s happening in the world, maintaining our social media profiles, staying in touch with family, being entertained, making new friends, engaging with governments, and with our democracy, are all activities that usually require media participation.....Read more. 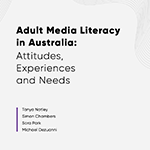 31 Mar 2021
The Adult Media Literacy in Australia report, provides the first comprehensive analysis into how Australians understand and use different forms of traditional and digital media. The report involves a collaboration between researchers at the Institute for Culture and Society at Western Sydney University, the Digital Media Research Centre at Queensland University of Technology and the News and Media Research Centre at the University of Canberra.....Read more.

18 Mar 2021
During COVID-19 lockdowns, a major concern for LGBTIQ+ communities, mental health professionals and academics was that young lesbian, gay, bisexual, trans, queer and questioning, intersex and asexual+ people may suffer from being stuck in transphobic, biphobic or homophobic households.....Read more. 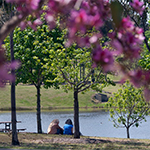 25 Feb 2021
A new online resource will help local councils, planners and developers create cooler cities in a warming climate, especially in areas such as western Sydney where heatwave temperatures are expected to reach 50C by 2050.....Read more.

25 Feb 2021
Our cities, designed for one set of climatic ranges, are increasingly “out of place” as average temperatures rise. The days above 40℃ and nights above 30℃ are increasing, especially in the expanding suburbs of Australian cities. This presents us with a massive redesign project.....Read more.

Can I have a pet and be housed, too? It all depends

You can’t have a Hollywood meet cute on a dating app — but is that such a bad thing?

11 Feb 2021
The “meet cute” is the moment in which two unlikely people encounter each other while going about their ordinary lives, and something extraordinary begins. In the romantic comedy The Holiday (2006), Arthur (Eli Wallach) describes it thus to Iris (Kate Winslet):....Read more.

On an Electric Car Road Trip Around NSW, We Found Range Anxiety (and the Need for More Chargers) is Real

08 Feb 2021
Replacing cars that run on fossil fuels with electric cars will be important in meeting climate goals – road transport produces more than 20% of global greenhouse gas emissions. But there are obstacles to wider uptake, particularly in Australia.....Read more.