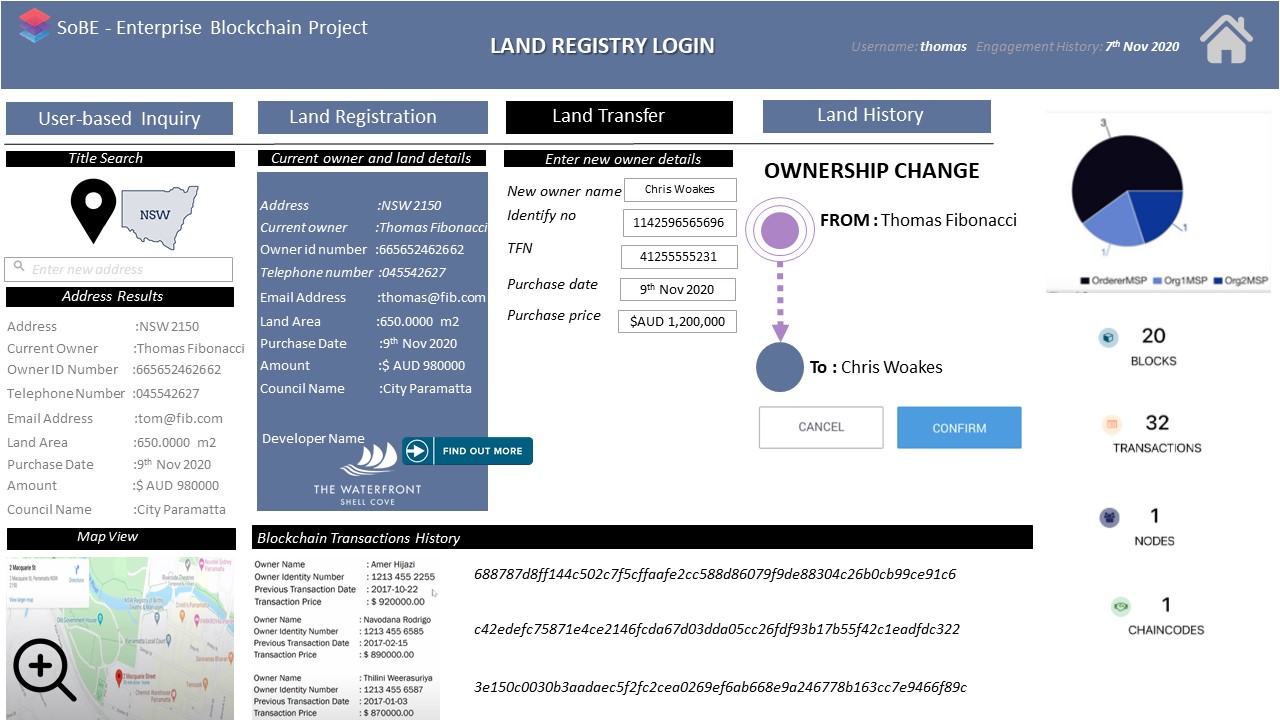 The c4SMC received AU$5000 as grant funding from School of Built Environment Strategic Research Funds 2020 (Innovation Immersion Fund) to conduct an industry relevant research project titled ‘Blockchain and smart contract based land and property management system for the built environment’. The chief investigator of the project is Professor Srinath Perera, and a group of researchers from the Centre for Smart Modern Construction (c4SMC) including Samudaya Nanayakkara, Thilini Weerasuriya and Amer Hijazi is working on the project as researchers to develop the blockchain system.

The land and property sector is one of the most significant sectors in the built environment that has the potential to create economic impact. However, issues such as tampering of land ownership data are prevalent. Additionally, buyers and sellers face many challenges related to land and property such as time-consuming and costly administrative operations, involvement of a significant number of third parties, human error, uncertainty on data, and low trust among parties.. Blockchain and smart contracts are novel ICT innovations which can be used as an immutable distributed ledger where transactions are timestamped into a block with the highest level of security and trust which can be provided by any ICT system presently. A blockchain and smart contract based system can enable tracking of land and property, new registration, ownership transfer, immutable records of land title history, and tracking of other information such as council rates in a single place with high trust and transparency without costly third party involvement. As a proof of concept, a real-life simulation prototype system will be developed by using blockchain and smart contract technologies to illustrate the real potential of blockchain and smart contract applications in the built environment.