Will the Construction Industry Survive Industry 4.0? 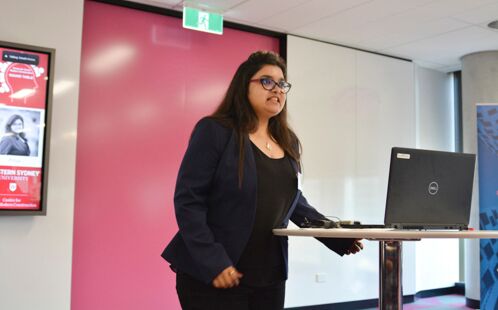 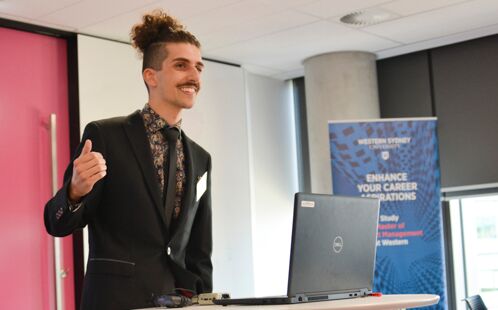 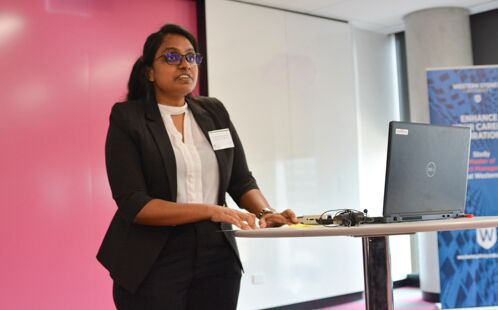 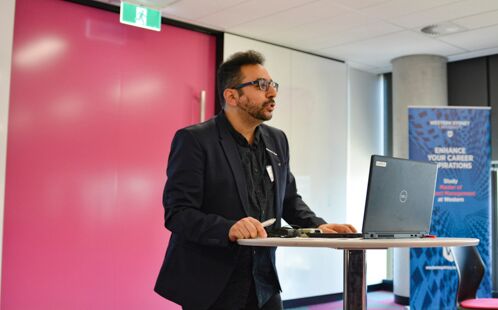 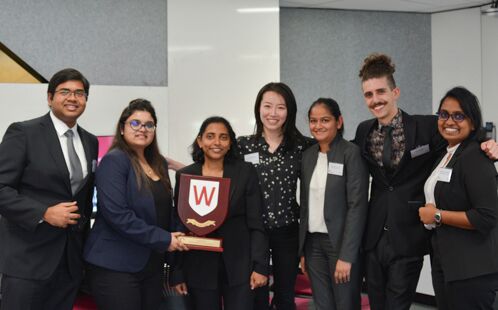 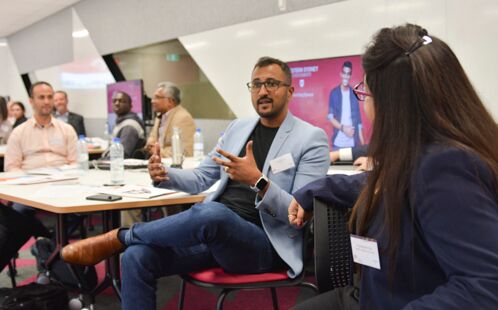 The post lunch session of the c4SMC Industry Roundtable witnessed the most awaited event of the day, the c4SMC Grand Challenge 2019, a one of a kind and one of the first ‘Research Debates’ to be held at Western Sydney University. There has been a clear reshuffling of deck chairs in Construction since the Industry 4.0 buzz kicked in. While the industry biggies are burning the midnight oil to give shape to their digital journey, their non-obvious counterparts are entering the space with already matured digital capabilities and innovative approaches to construction. The competition is stiffer and less predictable than before. With that backdrop, the debate motion was ‘Industry 4.0 will kill the construction industry.’

The team speaking for the motion spoke about how the future is not a destination but a place of disruption. As an industry we are least digitalised, have an inherent inertia towards change, one of the ‘slowest to move’ industries yet we are ‘competing on the edge’ against non-obvious competitors like the GAFAM that are highly agile, cash rich and competent. Thus, the future of construction might not accommodate the current stakeholders. The AEC industry is seen as the last major industry to be disrupted. Investment dollars are a sure sign that change is coming, and it is coming fast. Katerra’s raising back to back investments from Softbank is surely the biggest evidence of this. There are hundreds of examples of new players entering the AEC space all with one goal in mind - disrupt the status quo.

The future is data-driven, automated, and component based. McKinsey’s Reinventing Construction Report says that the biggest improvement in the industry is predicted to come from technology, but the industry needs something beyond just a tech fix. It’s the human element that needs our full attention today as well. It is a stupendous task to make an array of strong personalities, all used to working self-protectively, become members of a smoothly functioning integrated team based on trust. Technological prowess and transformational journey of the current construction industry is nothing but a utopia. That doesn’t mean there aren’t any success stories. But those teams are outriders of the building industry.

98.6% of construction businesses are SMEs, evidence presented suggested that they are clearly not in a position to overcome the Industry 4.0 challenges, even the larger companies have collapsed in the recent past. With 80% construction going offsite – current stakeholders could be reduced to mere assemblers. When most of the revenue streams in an industry is siphoned away by external stakeholders, by conventional wisdom, it is death of the industry.

Best-selling author Yuval Noah Harari said, the automation revolution will not consist of a single watershed, after which the job market will settle into a new equilibrium. Rather it will be a cascade of even bigger disruptions. Old jobs will disappear and new jobs will emerge, but the new jobs will also rapidly change and vanish and we will need to retain and reinvent ourselves not just once but many times. By 2050, a useless class might emerge, the result not only of a shortage of jobs or lack of relevant education but also of insufficient mental stamina to keep learning new skills.

The team speaking against the motion spoke about the range of opportunities that Industry 4.0 will usher in for the AEC Industry, in turn, transmuting its strategies and competencies. Human-Robot Collaboration will make the industry environmentally safer and more attractive for a new generation. Digital Twins will better performance and resilience throughout the entire lifecycle of the project. Big Data and IOT will move the industry from being data-poor to data-rich. Integrated Design and Production Smart processes, products and machines will enable the optimisation of construction products. Blockchain will enable Transparency, Traceability and Collaboration.

The judging panel comprised of Ronan Delaney of ARUP, Dean James of Lendlease, Sujeet Rana of Built, Filip Kuttner of Dassalt Systems, Brendyn Williams representing Engineers Australia, Professor Srinath Perera and Professor Mary Hardie from WSU. The team speaking for the motion was adjudged the winners of the c4SMC Grand Challenge 2019. Roneel Prasad was voted the People’s choice best speaker and Priyadarshini Das came in close second. It was an honour to have Nick Luzar, the State Manager, NSW / ACT at Hansen and Yunken and one of the foremost supporters of c4SMC present the awards to the winners.

Irrespective of who won the debate, the debate, in essence, was a success. The audience was very well engaged. They connected to the entire purpose of the debate and understood that it was to bring the hard reality out there as well, bring out both ends of the modern construction narrative. The questions that came out were very interesting and thought-provoking. The panel's comments at the end of the debate were a perfect value addition. To make the most of this ‘Research Debate’ the audience opinion change has been mapped with each speaker and this will be published in due course of time.