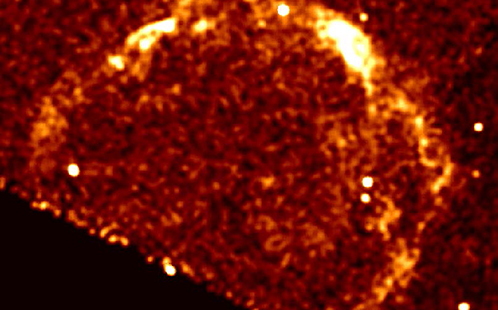 Image of 30 Doradus C from the Chandra X-ray Observatory

Western Sydney University Professor Miroslav Filipovic from the School of Computing, Engineering and Mathematics, alongside an international team of researchers, could help solve one of the most pondered questions of Space: the makeup of cosmic rays.

By using NASA’s Chandra X-ray Observatory – one of the most sophisticated X-ray observatories built to date – the team revealed how very high energy (VHE) gamma-rays are produced by cosmic rays and predominantly arise from the interaction of accelerated electrons with ambient light.

“Better understanding the complexities of these VHE gamma-rays brings us closer to discovering the origin of cosmic rays – high-energy radiation rays that could be catastrophic for humans should the sun die or should we lose our atmosphere, our one barrier,” said Professor Filipovic.

Furthermore, by focusing on 30 Doradus C, which is a giant superbubble in a dwarf satellite galaxy of the Milky Way and located some 170,000 light years away, the new research provides a deeper understanding of one of the most unusual regions in the nearby Universe.

“While VHE gamma-rays have been detected from 30 Doradus C before, it has not been clear which mechanism dominates the gamma-ray production,” said Professor Filipovic.

Professor Filipovic also noted the importance of some of the unique characteristics of 30 Doradus C, in terms of energetics and physical size, alongside a high rate of star formation, which indicate this area is in its evolutionary state.

“The rate of star formation is significant and we believe that a number of consequent and frequent supernova explosions might happen here, making 30 Doradus C the likely origin of the wider region, 30 Doradus,” said Professor Filipovic.

The research is published in Astronomy and Astrophysics. 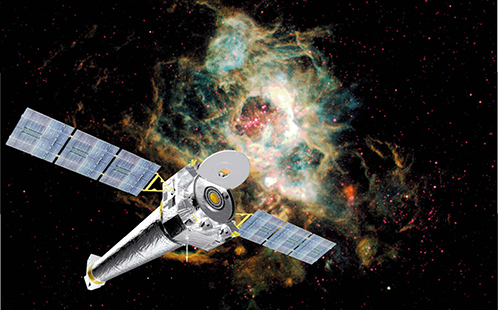 An artist's illustration of the Chandra spacecraft in orbit