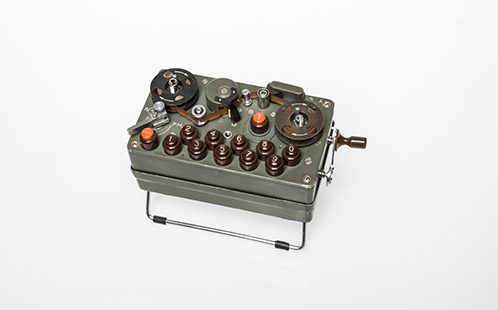 On tour from the National Archives of Australia, Spy will bring the stories of real spies out of the shadows and into the light at the Margaret Whitlam Galleries at Western Sydney University Parramatta South campus from 8 March to 24May 2019.

The Spy exhibition shows authentic spy equipment and surveillance images from the Australian Security Intelligence Organisation (ASIO) and other security organisations, and features candid interviews with ASIO officers. Visitors of all ages can enjoy hands-on activities, play the part of a secret agent in the interactive trail, and test their skills at codebreaking and reading invisible ink.

“International spies have appeared in popular culture for decades but our own country’s history of espionage is something that would be unfamiliar to many people,” National Archives Director-General David Fricker said.

Mr Fricker, who is the former Chief Information Officer (CIO) and Deputy Director-General of ASIO, is one of three guest speakers officiating the exhibition opening on Friday, 8 March. Other speakers include Stephen FitzGerald AO, Whitlam Institute Distinguished Fellow, former diplomat and Prime Ministerial Advisor to Gough Whitlam; and Sara Dowse, acclaimed author and artist, inaugural head of the first women's unit in the Department of Prime Minister and Cabinet under Whitlam and Fraser, and biographer of one of the women featured in the exhibition, Amirah Inglis.

According to Leanne Smith, Director of the Whitlam Institute, the exhibition grapples with the challenges of balancing national security and personal liberty in a democracy. “The exhibition features perspectives of the spies, agents and those under surveillance,” Leanne Smith said.

The exhibition will open on Friday, 8 March 2019, 6-8pm, at the Margaret Whitlam Galleries located at the Whitlam Institute, Building EZ (Female Orphan School) at Western Sydney University’s Parramatta South campus. The opening event is sold out but there is an active wait list (register here).

The exhibition is on display until the 24 May 2019. Entry is free of charge. More details here.

The exhibition development was supported by the Australian Security Intelligence Organisation, National Collecting Institutions and Outreach Program, and Visions of Australia.