Waste management: The issue is much bigger than litterbugs 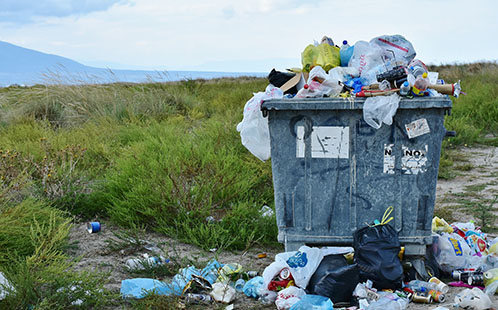 Ahead of Clean Up Australia Day, a Western Sydney University expert says it’s important to remember that littering is not an individual problem –responsibility for the environment must also be taken by governments and manufacturers.

Professor Gay Hawkins, from the Institute for Culture and Society, is internationally recognised for her work on the intersection of environments, natures and culture.

She says the minute you individualise littering and place blame solely on consumers, you lose sight of the complex factors involved in creating and managing waste.

“Littering has always caused concern but the material form of littering has changed significantly and so has the amount of it,” says Professor Hawkins.

“In the post-World War II period we saw the shift to plastic in many packaging applications; the increased use of packaging; as well as the rise of the fast food industry and eating on the move. These changes led to massive increases in urban litter.”

Professor Hawkins says initiatives such as the NSW Container Deposit Scheme and Return and Earn have instigated an important shift – from blaming the consumer, to producer responsibility.

“The scheme encourages consumers not to throw away their bottles because there is a monetary value placed on them,” says Professor Hawkins.

“It also shifts on to manufacturers or packaging suppliers the responsibility for setting up the necessary infrastructure that is needed to handle returns, and to contribute to the costs of managing the waste that they create.”

Another issue is the use of disposable items which are one of the main sources of litter.

“Take away coffee cups, straws and plastic bottles are all used once and then have to be discarded,” she says.

Professor Hawkins says that what’s great about the Clean Up Australia Day initiative is that it’s a community response and it celebrates collective action.

“At its heart, the day recognises that a small contribution by a large number of people makes the world of difference. We acknowledge that we all share a beautiful environment and we should all care for it.”