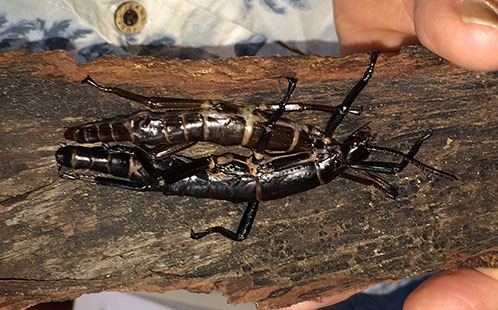 In the early 1900’s, the Lord Howe Island Stick Insect was thought to have gone extinct shortly after a shipwreck released predatory black rats onto the island. However, in 2001 a tiny population of just 24 individuals was discovered on Ball’s Pyramid, a rocky sea stack about 23 kilometres from the main island. A captive breeding program in Victoria has led to the breeding of more than 9,000 individuals, some of which are being returned back to their original home on Lord Howe Island.

The stick insect is now a flagship for the unique and threatened species of Lord Howe Island and we need icons like this for other Australian bioregions.

Preserving and protecting our lesser-known insects is the theme of a new paper released by the Australian Entomological Society Conservation Committee and represented in New South Wales by Prof James Cook (opens in a new window) of Western Sydney University and Dr Mick Andren of the NSW Office of Environment and Heritage. The paper champions "insect heroes", noting the important role they play in Australia.

"Everyone loves shiny butterflies and buzzing bees, but the time has come to raise up other insect heroes that live among us and quietly perform the essential services we need to enjoy our smashed avocado, strawberry smoothies and wonderful bushwalks”, says Professor Cook.

There are currently listed 286 insect species on Australian and International endangered lists and nearly all conservation efforts are centred within coastal urban areas. Regional areas, in contrast, suffer from a lack of information about the state of insects species in the local area. The paper notes, it is possible we are losing insect species long before we discover them.

Insects are crucial in enabling our ecosystems and society to function, even the ones we consider troublesome. Blowflies are traditionally seen as an annoying pest but recently, it was discovered they are major pollinators of avocadoes. Similarly, termites are infamous for wreaking silent havoc on houses, however their cycling of nutrients and wood waste ensures our forests can support our timber and recreation industries.

"We are calling on Australian communities to adopt some much-needed and less well-known insects as true stars of our environment. Why not adopt the hero of your local bioregion and do everything you can to raise the profile of the good work they provide,” says Professor James Cook. 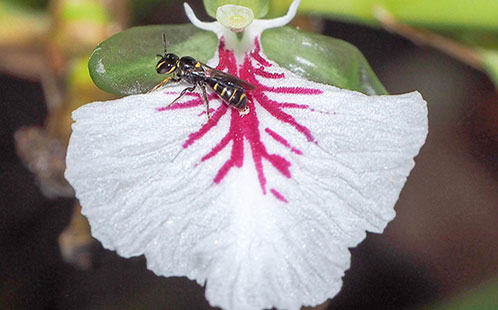 Pollinator on a cardamom plant: many insects including wasps, moths, butterflies and of course bees perform pollination, an essential function without which we simply could not exist as a species. If they go, we go.