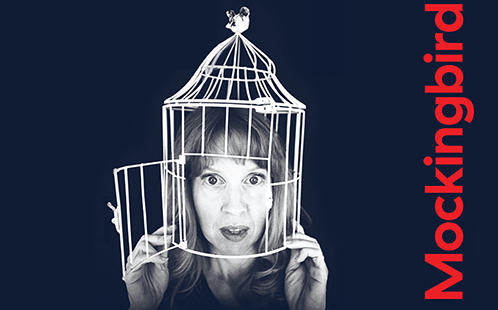 A unique play which uses music and humour to raise awareness of women’s tragic experiences with postnatal psychosis is set to be performed on stage at Western Sydney University.

A new, updated version of the Australian–Norwegian–New Zealand co-production ‘Mockingbird’ will be performed for the first time at the University’s Parramatta South campus on Wednesday 14 February 2018.

Mockingbird was originally developed by Le Coq trained Lisa Brickell, as a two-person show which traced four generations of women in one family who all experienced severe mental illness after childbirth.

Lisa has performed Mockingbird on stage throughout New Zealand and Norway since 2014. However, after an introduction to Western Sydney University in 2016, historical records have been used to update and enhance the play.

Dr Diana Jefferies, from the University’s School of Nursing and Midwifery, led a research team which analysed hospital records of women admitted to Callan Park and Gladesville Hospitals in Sydney from 1885 to 1955.

“We analysed the records of 155 women – who were all admitted to hospital with a diagnosis of mania or psychosis attributed to childbearing or pregnancy,” says Dr Jefferies.

“These records provided insights into the criteria that were used to diagnose women with mental illnesses; the treatment and care that they received in hospital; and the social factors that contributed to their conditions.”

Dr Jefferies says, while the hospital records provided detailed accounts of the women’s physical and emotional state from the perspective of healthcare professionals, what was missing from the records was the women’s own voices.

“Very few women were given the opportunity to explain their symptoms, or express their feelings about their admission or desire to return home,” she says.

“Often the voice of the woman is only recorded to provide evidence of delusions or hallucinations, to confirm that they were experiencing a mental illness.”

Mockingbird, on the other hand, is rich with personal anecdotes. The original script – which was based on memories and stories passed down through one family – revealed that women had little choice during their admission to hospital.

The performers and researchers worked with Auckland-based mental health consumer advocacy organisation Changing Minds (opens in a new window) to create an updated version of the play that represents postnatal psychosis in a way that is true to women’s lived experiences.

Taimi Allan, Australian CEO of Changing Minds, says Mockingbird serves as an example of how real-life lived experiences can be used to break down the stigma, barriers and discrimination associated with mental health issues.

“Helping people to share those experiences, through the powerful and engaging medium of theatre and sensitive use of humour, is a wonderful way to gain empathy and understanding rather than sympathy from audiences,” says Ms Allan.

Dr Jefferies says Mockingbird is raising awareness of postnatal psychosis – a condition that affects approximately 600 women in Australia each year.

“Postnatal psychosis is a terrifying experience that increases the mother’s risk of suicide; disrupts the bond between mother and baby; and can lead to lifelong psychological problems for the mother and her child,” says Dr Jefferies.

“Unfortunately postnatal psychosis is poorly recognised and many women are not diagnosed until the psychosis is severe – but with more awareness and understanding of the condition, that can change.”

The Western Sydney University showing of Mockingbird on February 14 will be the first opportunity for Australian audiences to see the play. Performances will then also be held at 107 in Redfern on February 15 and 16.

On February 14, Western Sydney University will also host ‘Call of the Mockingbird’ – a one-day conference responding to maternal health concerns in the perinatal period, and all performances will be followed by a Q&A with cast and crew hosted by Taimi Allan from Changing Minds, to allow audiences to talk about the themes addressed in the play.

Mockingbird is directed by Ruth Dudding and Giovanni Fusetti, and Lisa Brickell will be accompanied on stage by Norwegian musician and actor Siri Embla.

WHAT: Mockingbird Conference and Performance at Western Sydney University
WHEN: 14 February 2018
WHERE: Sir Ian and Nancy Turbott Auditorium, Building EA, Western Sydney University Parramatta South campus, corner of Victoria Road and James Ruse Drive, Rydalmere
BOOK TICKETS: Tickets for the full conference or performance only can be purchased via OneStop.(opens in a new window)