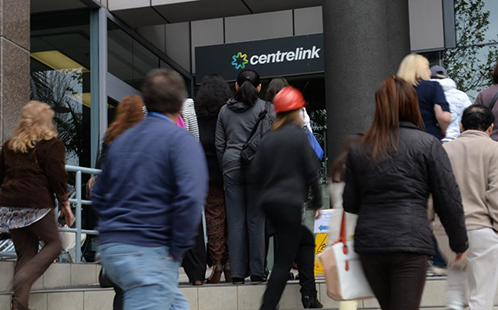 A social security law expert from Western Sydney University says concerns over giving consumer leasing companies access to people's welfare payments are a distraction from a “missed opportunity” on behalf of the Government.

Liesel Spencer, a senior lecturer from the School of Law, says companies with a history of ASIC disciplinary action are being allowed continued access to Centrepay – a budgeting tool used by Centrelink to deduct repayments from welfare benefits.

“It's true that companies with a bad track record need to be blocked from Centrepay,” says Ms Spencer.

“The missed opportunity, however, is that the Government should be doing more to expand access to low- and no-interest finance schemes – so that people on low incomes do not have to resort to exploitative contracts in the first place.”

Ms Spencer says when you can’t afford to buy important household items and are denied access to mainstream loans, high interest contracts can feel like the only solution.

“If you’re a single mother on welfare and you are good at budgeting but your washing machine breaks, you won’t fit the mainstream lenders’ criteria to borrow money to replace it,” says Ms Spencer.

“These predatory consumer leasing companies then swoop in and offer vulnerable people a contract that costs three times the actual price of the product.”

Ms Spencer says the Government needs to expand access to low- and no-interest finance schemes – to fill the gap in the market and cut out the need for predatory companies.

“If the government were to improve federal subsidies for no-interest loan schemes, it would create a greater pool of affordable finance options – ruling out the need for welfare recipients to fall back on exploitative lenders.”