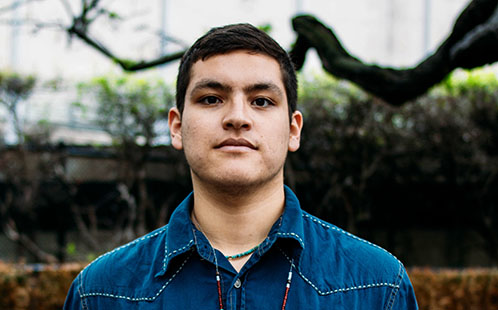 His research focuses on Indigenous health equality in Australia, which he hopes will lead to more culturally sensitive support for young Aboriginal boarders and their families.

“These are children who at a formative age have left their community to go away to school in a major metropolitan city because of a lack of secondary education opportunities closer to home. As a result they can become disconnected from their Aboriginal culture and heritage. The risk of dropping out, as well as other adverse health outcomes, is high,” says Victor.

“We hope to shed light on the role that parents and family plays in the transition process.” 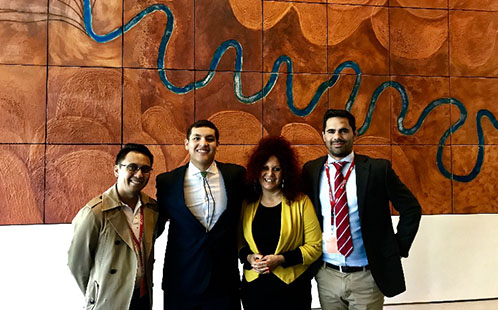 Victor, an enrolled member of the Crow Creek Sioux Tribe and with Yaqui heritage on his mother’s side, is a passionate advocate for the rights of Native Americans and indigenous peoples around the world.

His interest in the topic is a personal one. His grandmother and great-grandmothers on his father’s side of the family were removed from their homes to attend boarding school at a time when they were not allowed to speak their native languages.

Victor’s goal is to become a doctor serving indigenous communities, not only with a focus on physical health, but also with an understanding of the mental, spiritual, cultural and social issues that impact indigenous peoples. 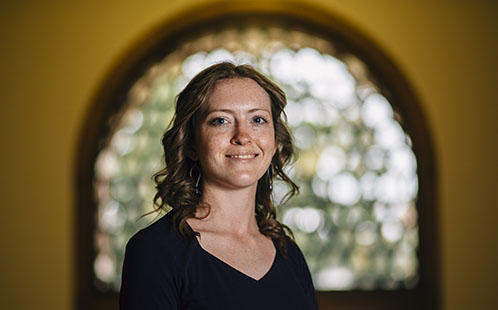 Maureen Kessler’s research focuses on flying-foxes moving into urban environments and the potential for increased risk of Hendra Virus infection for horses in semi-urban areas.