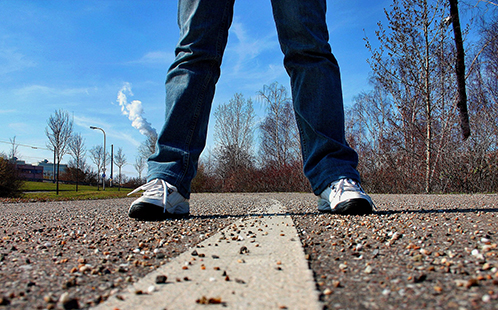 Western Sydney University has responded to a critical health concern in the local region of South West Sydney, by offering a new diabetes assessment service within its Campbelltown campus UniClinic.

Dr Frances Henshaw from the School of Science and Health says the UniClinic will for the first time offer free, annual podiatric assessments for people living with diabetes.

"When you think of diabetes, you typically think of finger prick tests and insulin injections," says Dr Henshaw.

"Many people are unaware that foot ulcers are a common issue for people with diabetes – occurring in 15-25 per cent of patients – and an important part of managing diabetes is having regular foot and leg screenings."

Dr Henshaw says the new service offered by the UniClinic will involve screening circulation and nerve function in the legs, which can lead to the early detection of foot ulcers and can stop existing ulcers from recurring.

Professor David Simmons from the School of Medicine, who is also Head of the Macarthur Diabetes Service at Campbelltown and Camden Hospitals, says the number of people with diabetes developing foot ulcers and ending up with amputations is far too high.

Diabetes is a significant issue in South West Sydney. Data from the Australian Institute of Health and Welfare indicates that rates of diabetes are at 6.3 per cent of the Macarthur area population, which is significantly higher than the national average of 4.2 per cent.

Residents of South West Sydney who are living with diabetes are invited to book-in for the free diabetes assessment by contacting Jodie Wilson on 4634 3192 or Jodie.Wilson@sswahs.nsw.gov.au.

To access a broader range of UniClinic services, call 46203700 or email uniclinic@westernsydney.edu.au.

Final year Western Sydney University Podiatry students have been trained to conduct the screening service – which will be conducted under the supervision of qualified professionals.

Diabetes patients will also have the opportunity to participate in research projects, which further investigate the complications associated with diabetes. One such project uses ultrasound technology to look at tissue thickness, and a pressure plate to measure pressure areas of the feet, to understand why ulcers are formed.