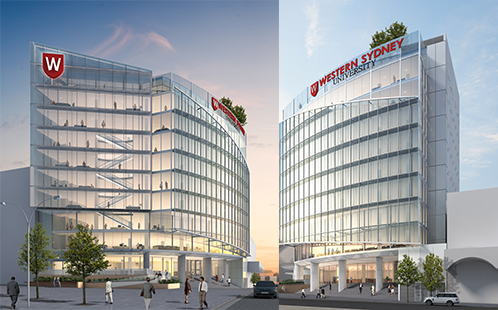 Construction is well underway for Western Sydney University's new world-class vertical campus in the heart of Liverpool – part of the University's vision to expand higher education opportunities in western Sydney, and help drive the economic development of the region.

The University is holding a special stakeholder preview of the new campus on Thursday evening, bringing together representatives from across the great south west from government, business and industry.

Analysis by Deloitte Access Economics reveals that the University's presence in the CBDs of Liverpool and Bankstown will provide $54 million per annum in economic uplift.

The new campus, currently under construction in 100 Macquarie Street, with interior design by Woods Bagot,(opens in a new window) will span nine floors and accommodate up to 2,500 students, with a focus on nursing, social work, anthropology, criminology and policing programs.

Up to 750 Western Sydney University nursing students will have access to state-of-the-art new teaching laboratories, making it one of the most technologically-immersed nurse training facilities in the country. 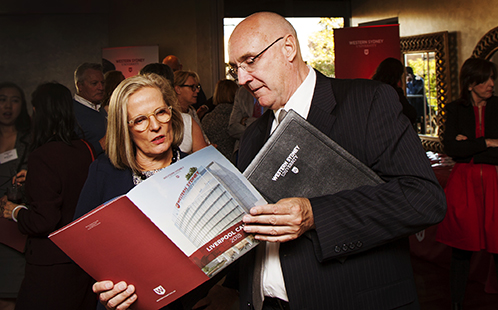 The new campus is in addition to the University's business incubator, Launch Pad, which has been operating in Liverpool for the past 18 months in Moore Street.

Vice-Chancellor Professor Barney Glover says Western Sydney University's Liverpool City Campus is the next chapter in the University's long history with the city, and is about creating the knowledge jobs of the future.

"By far, Western Sydney University is the largest higher education provider in the region, with over 3,500 of the city's residents – and nearly 12,000 from the South West – currently enrolled at one of our campuses.

"Based on current demographics, by 2030, Western Sydney University will conservatively have enrolments across the Liverpool-Bankstown corridor in excess of 15,000 students.

"Western Sydney University is proud to play a part in Liverpool's growth and evolution towards becoming one of Australia's most technologically connected, internationally engaged and culturally vibrant cities.

"We are building a world-leading campus for Liverpool that not only gives our students an enriching and unparalleled learning experience, but one that is embedded in the economic, social and civic life of the city."