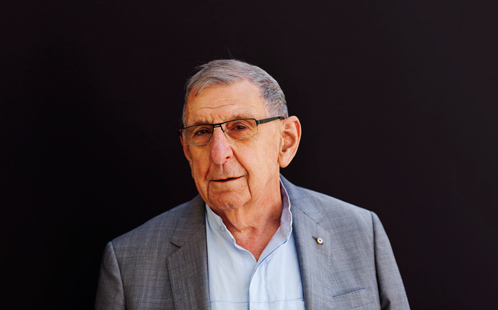 The Whitlam Institute is delighted to announce that Dr Stephen FitzGerald AO will deliver the 2017 Gough Whitlam Oration. The subject, "Managing Ourselves in a Chinese World: Australian Foreign Policy in an Age of Disruption", befits the significance of this occasion.

"It is some time since there was public discussion around the focus of this year's Oration but it seems circumstances have caught us in the spotlight" said Eric Sidoti, Director of the Whitlam Institute.

"For the Trump ascendency forces the question of Australia's foreign policy direction and regional relationships, its allegiance to the United States and its dependence on China, to the centre stage."

In the context of the current international uncertainties and debate around the first Australian foreign policy white paper in 13 years, this Oration could not be more timely. There are few Australians as well placed as Dr Stephen FitzGerald to provide a proper consideration of the challenges that lie before us.

Dr FitzGerald occupies a unique position in Australia-Asia relations. He served as a China specialist within the Department of Foreign Affairs, before becoming Gough Whitlam's China adviser, and later, Australia's first ambassador to the People's Republic of China.

With a long and distinguished career at a number of Australian universities and research institutes, Dr FitzGerald has been a leading advocate for a more mature relationship with our region. He is currently a Board Member of China Matters.

The Whitlam Institute is proud to be joined by The Saturday Paper as principal media partner for the 2017 Gough Whitlam Oration.

Media: For interviews, photos and to register your attendance please contact Amy Sambrooke, Communications Manager at the Whitlam Institute on a.sambrooke@westernsydney.edu.au or 02 9685 9072.