Western Sydney University's Parramatta South campus will be awash with colour as thousands of graduands don cap, gown and colourful hood and make the transition from dedicated student to proud University alumni, as part of April graduation.

The University is hosting its April graduation ceremonies from Friday 7 April to Thursday 13 April 2017.

During the week, thousands of graduands will receive their degrees from across a wide range of disciplines, including nursing and midwifery, education, science and health, medicine, humanities and communication arts, computing, engineering and mathematics, social sciences and psychology, business, and law. 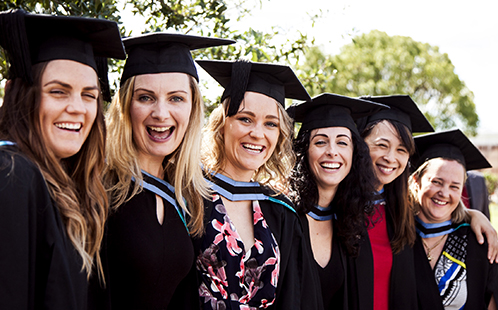 During the ceremonies, there will be a series of honorary awards presented by the University to eminent leaders in recognition of their achievements at both a national and international level.

A highlight of each graduation ceremony is the Occasional Address. In April, Western Sydney University graduands and their guests will have the opportunity to hear from a range of distinguished guest speakers.