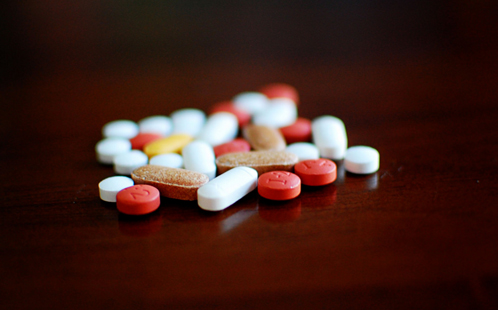 The cautionary tale of how America's pharmaceutical regulatory system was captured by powerful vested interests is the focus of the latest Perspectives (opens in a new window) paper published by the Whitlam Institute within Western Sydney University.

Smoke and Thalidomide (opens in a new window) is written by Dr Edward Nik-Khah, an Associate Professor of Economics at Roanoke College.

In the paper, Associate Professor Nik-Khah investigates the rise of think tanks that brought together neoliberal economists, clinical pharmacologists and members of the pharmaceutical industry to safeguard against state interventions.

"In the early 2000s, images of the elderly taking bus trips to Canada, where prescription drug prices were lower, invited questions about why US citizens were paying more than Canadians for drugs," writes Associate Professor Nik-Khan.

"The political solution was the Medicare Prescription Drug, Improvement, and Modernization Act; yet the new Medicare law forbade the government from negotiating discounts for drugs, and from establishing a formulary of medicines. It was a victory over three decades in the making."

Associate Professor Nik-Khah says the structure of the pharmaceutical echo chamber has parallels to the 'Tobacco Strategy', a set of techniques to produce confusion about tobacco science, generated by think tanks, misguided scientists, and economists.

"Maintaining absolute control over US drug pricing may be only the tip of the iceberg," he writes.

"Clinical science has now gone private and global, leading to the early termination of trials for economic reasons, delayed publication of results, and pharmaceutical industry control of research outlets."

"Government regulatory bodies have given up even trying to monitor the trials undertaken across the world."

The Director of the Whitlam Institute, Eric Sidoti, says the history of America's drug industry will have a familiar ring for Australians.

"It's a story that is still being played out here, and can be seen in the debates around Intellectual Property and the scope and application of patents; critical issues, for example, when considering the potential impact of the Trans Pacific Partnership," says Mr Sidoti.

"It suggests a need for the critical assessment of claims regarding private investment in the development of new drugs, and raises the flag on the risks inherent in diluting rigorous and independent scientific appraisal of new drugs in controlled conditions and who bears those risks."

Dr Edward Nik-Khah will be speaking at public events in Sydney on 31 May, Hobart on 1 June, and Melbourne on 2 June.