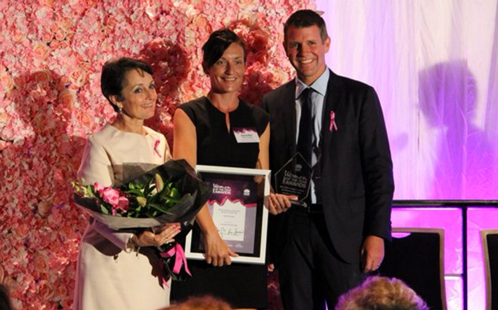 Western Sydney University student Jen Armstrong has been named the NSW Premier's Woman of the Year for her charity work with domestic abuse survivors.

Premier Mike Baird and Minister for Women and the Prevention of Domestic Violence and Sexual Assault, Pru Goward, made the announcement at a special ceremony at NSW Parliament House today.

The Bachelor of Business student, majoring in Sport Management and Advanced Business Leadership, founded the Beauty Bank(opens in a new window).

The inspiration for the Beauty Bank came when Jen, a survivor of domestic violence, received a small but meaningful gift of body wash. Since its creation in 2013, the Beauty Bank has helped over 3,000 Australians, and is now the signature charity partner of the Cronulla Sharks. 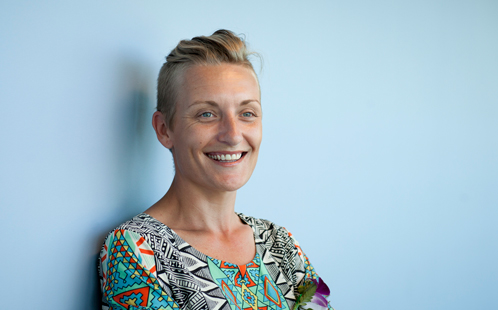 Jen says she was in shock when she was announced the NSW Woman of the Year.

"When I was called on stage I kept checking the plaque to make sure I had really won," she says.

"This award is great motivation for me to keep spreading the message about the Beauty Bank to encourage new businesses and Australians to donate and support the cause."

Jen is part of The Academy at Western Sydney University, which provides future leaders with opportunities for industry and real life experience.

The award comes two years after fellow Academy member Lakshmi Logathassan was announced the NSW Young Woman of the Year for her initiatives to provide underprivileged communities with computers and IT skills.

"Just like Lakshmi, studying at the Academy at Western Sydney University has helped me make new professional contacts to build my charity," Jen says.

She says it's also helped her in her role as Stadium Operations Co-Ordinator for the NRL Sharks.

"Just this year, I completed an assignment on stadium logistics, which I've now used to develop new catering plans at Shark Park," she says.

For now, Jen has her hands full finishing university while running Beauty Bank and working for the Sharks. In addition to her own two children, Jen has recently become a foster carer, meaning the Armstrong household is as busy as ever.