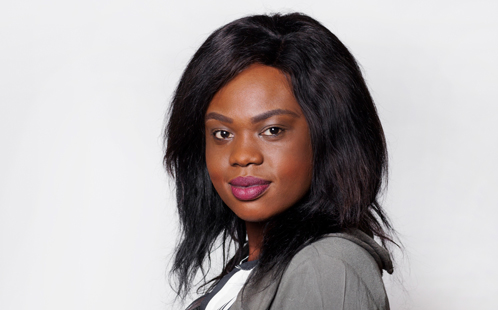 After leaving Sudan with her mother and four sisters, Piath Machut arrived in Australia in 2002 as a small child. Since settling in her new country Piath has flourished at school and become a young leader in the Western Sydney suburb of Blacktown.

The NSW Government is now drawing on Piath's experiences after appointing her to the Youth Advisory Council. In this role, Piath provides advice to help shape state government policies and legislation, giving her another chance to share her perspective to help the wider community.

"Working with new refugees and migrants and helping them settle in Australia is close to my heart, considering I arrived under a Humanitarian Visa," says the final year Bachelor of Social Science (Peace and Development) student.

"It was actually through my volunteer work that I found out about the Advisory Council. The Office of Advocate of Children and Young People encouraged me to apply, and I was lucky enough to be chosen from over 300 applicants."

The Youth Advisory Council was officially sworn in by State Parliament on February 28, and has already held two meetings with the Minister responsible for youth affairs, John Ajaka. At the meetings the Council discusses current issues affecting young people, such as the lockout laws.

Piath says she wants to use her time on the Council to give a voice to migrants and refugees living in Australia.

"Migrants who have just arrived in Australia are often struck with culture shock, and can struggle to access government services and connect with the wider community. By being a member of the Advisory Council, I can help bring to light the issues facing young migrants and refugees as they settle into their new lives and schools."

In her spare time, Piath works with South Sudanese women in the Blacktown community by giving them advice about health, education and employment opportunities.

"Our social support group for Dinka women now meets monthly, and it's a great opportunity to connect in our traditional language and discuss how to adapt to life in Australia. For example, we help with practical matters such as budgeting and connecting with social services, while also discussing broader issues like how to bridge cultural differences that you can encounter in daily life."

Piath is only a semester away from finishing her Bachelor of Social Science, and is starting to think about life after university.

"My Bachelor of Social Science has been wonderful, especially the teachers and careers advisors, who have taught me so much and helped me build my volunteer work. I wouldn't be where I am today without them."

"In the future I'd love to work with the United Nations or another agency to continue helping refugees settling in their new lives. Young refugees and migrants have so much to give back to their new countries, and we can't miss this opportunity to help them become leaders themselves when they grow up."