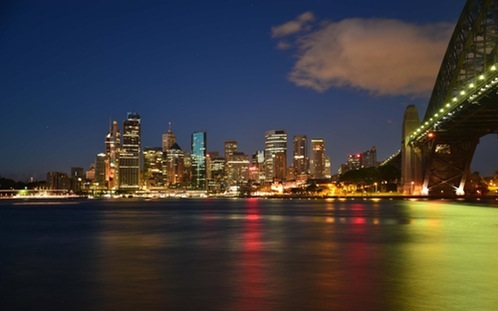 The following opinion piece by Dr Dallas Rogers, Dr Emma Power and Professor Michael Darcy from the School of Social Sciences and Psychology, Dr Louise Crabtree from the Institute for Culture and Society, Laurence Troy and Hal Pawson from UNSW and Kurt Iveson and Peter Phibbs from the University of Sydney was first published on The Conversation.

The release this week by the Greater Sydney Commission of city-wide draft plans mandating some measure of affordable housing in new developments is a step in the right direction. However, the target of 5-10% on rezoned land is too low to make a serious impact on the city's affordable housing shortage. It must be more ambitious.

Research highlights the central importance of affordable, stable housing to economic and social wellbeing. Yet, in Sydney, the lack of affordable housing has reached crisis point. Everyone from community housing providers to Commonwealth Treasury secretary John Fraser is pointing out that rising house prices are creating massive social and economic problems.

Housing researchers and academic housing economists across Australia agree that an essential part of the policy mix is to mandate a significant percentage of affordable homes in all new housing developments. This is known as "inclusionary zoning".

Other global cities such as New York and London have recognised the important role of housing in their economies and have inclusionary zoning policies. Other states in Australia have also set affordable housing targets. These have not had harmful impacts on housing investment.

Predictably, parts of the property industry are already resisting any level of inclusionary zoning. Some developers claim that affordable housing targets will increase housing costs for the majority. They argue that profits lost on affordable housing will have to be recouped elsewhere.

While we can expect this line of argument from those who profit from the status quo, it is fundamentally wrong for a simple reason. Housing developers will not bear the burden of these targets. Rather, it will be borne by land holders who currently make large windfall gains from selling land for development.

When land has been zoned to enable higher-density development, landholders reap these windfall profits without actually delivering any new housing or infrastructure.

For example, the site of a recently completed development in Sydney's inner west was first purchased by a property company as industrial land for around A$8.5 million. Following a rezoning to higher-density residential, the site was sold again for A$48.5 million. In this case, the first buyer made a 471% windfall profit without building anything on the site.

If a fixed percentage of affordable housing becomes a condition of rezoning such sites, this will only affect the size of the landholder's windfall gain. Developers will offer lower prices for the land, based on the mandated requirements for affordable housing.

Remember that the uplift in land value results from public policy changes that allow for housing development or higher-density housing. It is not unreasonable, then, that landowner windfalls should be limited to achieve the important public policy outcome of housing affordability.

This is why some property developers do not object to inclusionary zoning. Indeed, some have been part of the push for inclusionary zoning, through their membership of the Committee for Sydney. They recognise that so long as the "playing field" is level for all, mandatory targets for affordable housing can be achieved without making development unprofitable or housing more expensive.

The New South Wales government has been reluctant to set significant inclusionary zoning requirements for new developments in several important parts of the city. One possible reason is that the government itself stands to reap revenue from rezoning and/or redevelopment of government-owned land.

It is especially inappropriate that government-owned land should be exploited in this way. In big development schemes where government is the major landowner, such as Central-Eveleigh, the Bays Precinct and Olympic Park, public good should trump Treasury "profits" on land release. Government should not be in the business of extracting its own windfall at the cost of housing affordability.

Inclusionary zoning targets should therefore be much higher for housing developments on government-owned land, especially in major renewal precincts. Not only would developments on such sites still yield a "profit" for the taxpayer, they would deliver a social benefit to the wider community at no real cost and without impacting feasibility.

What targets should be set?

Of course, the details of land zoning matter. If targets are set, we must ensure the definition of "affordable" actually achieves the goal of reducing housing stress for people on low and moderate incomes while maintaining housing quality.

Substantial inclusionary zoning requirements will not make development more expensive. They will make it harder for land speculators to make large profits while making no contribution to the social and economic future of New South Wales. It is high time the foxes in the henhouse were called to account.