Mistakability: How we can promote a culture of innovation 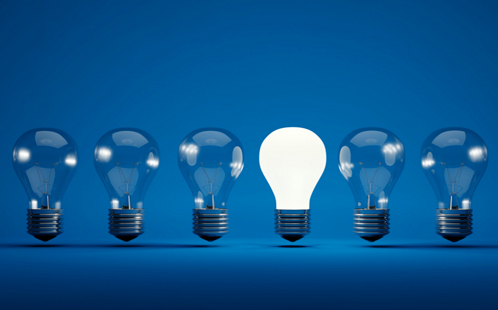 Amid standardised testing and the fear of failure, Australia is losing the ability to learn from mistakes and in the process embrace innovation, according to former Prime Minister's Teacher of the Year, Professor James Arvanitakis.

At a special event (opens in a new window) at Vivid Sydney, Professor Arvanitakis will lead a workshop on promoting innovation, creativity and entrepreneurship in a culture that is focused on 'getting it right' the first time.

"But instead of adopting this approach, we are often ruled by the fear of failure. This has crept into our education system, and whilst claiming to promote creativity and innovation, the reality is that students and teachers alike are afraid of making mistakes."

"It's only when students and employees are rewarded for 'failing' that they can they really learn to take risks and innovate."

This workshop brings together a cross-section of industry and leading innovative educators to challenge the audience to reflect on how to 'learn from our mistakes' - or mistakability – during their everyday lives.

Joining Professor Arvanitakis at the workshop is Western Sydney University student and NSW Premier's Woman of the Year Jen Armstrong, who created Beauty Bank (opens in a new window), a charity for women in need.

Also at the workshop is social media expert Dr Gwyneth Howell from the School of Humanities and Communication Arts, whose theoretical model for media use and response during crises and disasters is internationally acclaimed.

Creative and design group Academy Xi (opens in a new window) will also be hosting the workshop and facilitating the activities.

In a separate Vivid event (opens in a new window), Professor Arvanitakis will be speaking on creativity in education and says the education, business and political arenas need to change their approach to better encourage innovation.

"Innovation, entrepreneurship and creativity are now words that dominate the education, business and political arenas but how do we teach those skills when strict curriculum guidelines focus on 'teaching for results'?" he asks.

With many Sydney-siders also having an opinion regarding the State's lockout laws, Professor Arvanitakis will appear at a round table discussion (opens in a new window) focussing on the state's cultural and creative future on 18 June.