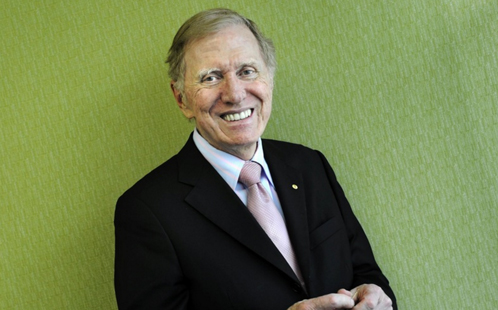 Former High Court Judge Michael Kirby will discuss the democratic implications of the planned plebiscite on same sex marriage at a special event at the Whitlam Institute within Western Sydney University.

The Public Conversation with the Honourable Michael Kirby will be held at Western Sydney University's Parramatta campus on Friday, 5.30pm at the Female Orphan School.

The Director of the Whitlam Institute Eric Sidoti says Mr Kirby has warned that holding a plebiscite on same-sex marriage legislation would set a dangerous precedent in this country.

"Mr Kirby is a well-known advocate for Marriage Equality, but his concerns regarding the use of a plebiscite extend well beyond the issue in question," says Mr Sidoti.

"They go to the heart of our democratic traditions and the institutions of government, eroding the power vested in them and creating an environment where any controversial or difficult issue can be sent to a plebiscite rather than dealt with by the parliament."

About the Hon. Michael Kirby

When he retired from the High Court of Australia on 2 February 2009, Michael Kirby was Australia's longest serving judge.

He was first appointed in 1975 as a Deputy President of the Australian Conciliation & Arbitration Commission.  Soon after, he was seconded as inaugural Chairman of the Australian Law Reform Commission (1975-84).  Later, he was appointed a judge of the Federal Court of Australia, President of the New South Wales Court of Appeal and, concurrently, the Court of Appeal of Solomon Islands.  His appointment to the High Court came in 1996 and he served thirteen years.

He is well known for his service beyond the bench, having served on many national and international bodies.  Since his judicial retirement, Michael Kirby has been active on the national and international stage including as a Commissioner of the UNAIDS Commission on Sustainable Health (2013-14) and head the Commission of Inquiry on Alleged Human Rights Violations in the Democratic People's Republic of Korea (2013-14).