How astronomy paved the way for terra nullius, and helped to get rid of it too 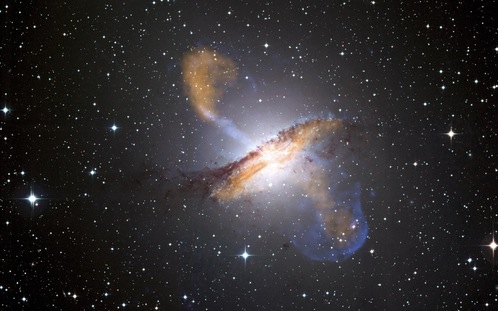 The following opinion piece by Dr Ragbir Bhathal, from the School of Computing, Engineering and Mathematics was first published on The Conversation.

If you take a walk in Ku-ring-gai Chase National Park, about 50km from central Sydney, you will come across an engraving of a large emu in the tessellated sandstone overlooking the surrounding countryside. On a clear night, this site gives a panoramic view of the heavens with its twinkling stars and the bright streak of our home galaxy, the Milky Way.

Most people pass by the engraving without taking much notice of it. Sadly, they miss the essence of what the unknown Aboriginal artist was saying. Engraved on the ground is a reflection of the shape of an emu visible in the dark patches of the Milky Way.

It was much more clearly visible hundreds or thousands of years ago, in a pristine night sky with no nearby city lights. What the artist has done is give us the underlying philosophy of the social and cultural life and beliefs of the region's people – and one of the most profound statements in the history of human ideas.

The idea was clearly articulated by Mowalijarlai, a Ngarinyin tribal elder, in his book Yorro Yorro, which says:

"Everything under Creation is represented in the soil and in the stars. Everything has two witnesses, one on Earth and one in the sky."

This view of how the universe works – that things happen on Earth in the same way as they do in the heavens – has parallels in the theory set out by the great English physicist Isaac Newton in the 17th century.

His mathematical formulation is well known to first-year university physics and engineering students as the law of universal gravitation, which solved the problem of planetary motion that had plagued the minds of Chinese, Indian, Muslim and Mediterranean intellectuals since the 4th century.

What Newton was also saying was that the physical laws that govern our world are universal – truly, the heavens do mirror the Earth because they are part of the same picture. The 1957 Nobel Prize winner, Tsung-Dao Lee, wrote:

"Since the beginning of physics, symmetry considerations have provided us with an extremely powerful and useful tool in our effort to understand nature."

Many Australians might not realise it, but astronomy and physics have had a profound influence on the history of Australia and its Aboriginal and Torres Strait Islander peoples. When Captain James Cook first set out on his monumental journey to the South Seas, he was aiming to help solve one of the crucial scientific questions of the age: the distance from Earth to the Sun, which he sought to measure by timing the transit of Venus across the face of the Sun, from a position as far as possible from other observers in the northern hemisphere.

It was a scientific venture supported by King George III, the Royal Society of London, and the Admiralty. Cook gave the scientific establishment its prize. His figure was not very far off from today's accepted distance of 1.496x10⁸km.

The mission turned political when Cook opened a letter which gave him further instructions to find a continent in the South Seas. That was the beginning of the disaster that was waiting to befall the Aboriginal and Torres Strait Islanders.

Their continent and the islands were to be stolen from under their feet without their realising it. To cut a long story short, despite Cook having shot and wounded a "native" when he landed at Botany Bay in 1770, Australia was proclaimed by Britain to be terra nullius ("nobody's land"). According to Manning Clark:

"On 12 August 1770 at Possession Island … Cook hoisted the English colours and in the name of His Majesty King George III took possession of the whole eastern coast … and fired three volleys of small arms which were answered by a like number from the ship."

The deed was done.

More than 200 years later the concept of terra nullius was challenged by Eddie Mabo, a gardener at James Cook University, in the High Court of Australia. Here, Torres Strait Islanders used the grand idea that the laws of physics are the same on land and in the heavens to help overturn the pronouncement.

The Stars of the Tagai and its associated stars (the Pleiades and Orion) were first studied by Cambridge scholars (see also here) on an expedition to the Torres Strait Islands in 1898. For the islanders themselves, the stars of the Tagai are a representation of their ancestral sky hero.

But crucially, besides this symbolism the islanders also used these stars to foretell the seasons, providing them with a way to organise their fishing, agricultural, ritual and social life. The stars told them when it was time to go fishing, when to plant crops, and when to harvest them.

In court, the stars provided tangible evidence that they had been tilling their lands and using them productively – that they were not nomads but rather had a firm connection to the land.

"Malo tag mauki mauki (Malo keeps his hands to himself; he does not touch what is not his);

Teter mauki mauki (He does not permit his feet to carry him towards another's property)."

In their submission to the High Court they talked about following the laws of the land and the heavens which were embedded in their cultural and social life.

On June 3, 1992, exactly 223 years to the day since Captain Cook had observed the transit of Venus, the High Court judges ruled in the Torres Strait Islanders' favour. They noted that the Meriam people "are entitled as against the whole world to possession, occupation, use, and enjoyment of the island of Mir".

A continent and islands were stolen by a stargazing captain at the behest of a king. But it was a unified view of the heavens and the Earth that helped to win back an acknowledgement that this was not an empty land.