Lisa Gorton's The Life of Houses has been named joint winner of the Prime Minister's Literary Award for Fiction alongside Charlotte Wood's The Natural Way of Things.

Published by Giramondo Publishing from the Writing and Society Research Centre at Western Sydney University, The Life of Housesis Dr Gorton's first novel following her two published collections of poetry, both of which won major literary awards.

Ms Gorton says the novel originally started as a piece of poetry. 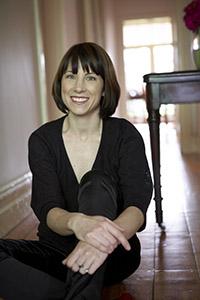 "It began as an inward-looking prose poem that focuses on a mother and daughter, set in a rambling old house full of tensions and old furniture," she says.

The judges praised the novel for its precision, with an accurate eye for detail and an understated tone.

"The Life of Houses explores, with a poet's eye for detail, the hidden tensions in one of Australia's establishment families," they say.

"She has written a highly original novel in which she has made the background of her narrative the foreground. She avoids all sensation, and the high points of her narrative all occur off stage, or are spoken of in the most low-key manner."

Professor Ivor Indyk from Giramondo Publishing, has praised Dr Gorton for her win.

"To win the Prime Minister's Literary Award is a wonderful achievement, and it highlights the skill and quality of Lisa Gorton's prose and her acute exploration of family tensions," he says.

"On behalf of Giramondo Publishing and Western Sydney University, I congratulate Dr Gorton and look forward to seeing her prospects as a writer continue to flourish."

You can read an essay by Kerry Goldsworthy on Life of Houses at the Sydney Review of Books.