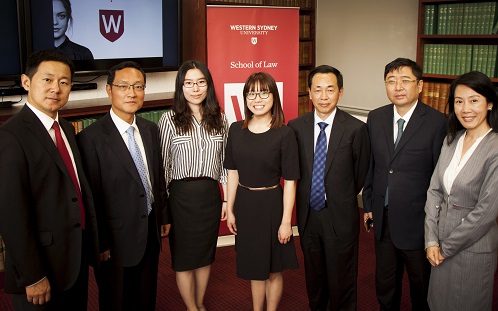 A delegation of Chinese judges looking to learn about Australian law while China is undertaking judicial reform has visited Western Sydney University on a fact-finding mission.

The visiting delegation comprised of Guizhou district court judges, as well as 19 judges from the Guizhou Higher People's Court, the equivalent of the Supreme Court of New South Wales.

The court is one of seven identified by the Ministry of Justice and the Supreme Court of China to conduct Judicial Reform Pilot Programs.

Dr Zhiqiong Wang, from the School of Law, says the visit was initiated following the 2015 visit to Western Sydney University by Justice Sun Chao, the Chief Justice of the Guizhou Higher People's Court.

"The Judge Training Program was designed to provide the delegation with a broad understanding of the Australian legal system," says Dr Wang, from the School of Law.

"In particular, the visit has given the judges the opportunity to see what aspects of law and justice they could borrow from our legal system"

They were also taken on a tour of the Parramatta Community Justice Clinic, where they met with Western Sydney University law students. 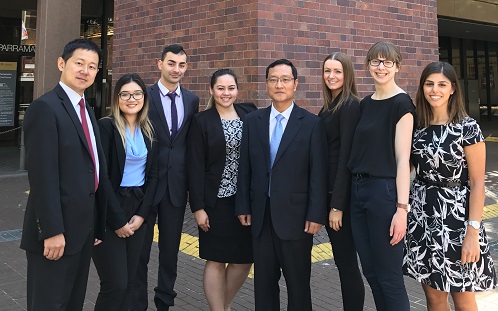 As part of the trip, the delegation also visited the NSW Supreme Court, where they were received by Justice Tom Bathurst, the Chief Justice of the Supreme Court of New South Wales.