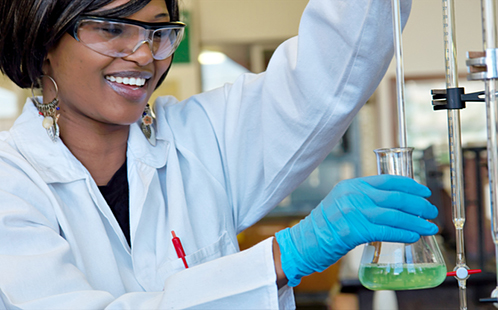 The following opinion piece, by Professor James Arvanitakis, from the Graduate Research School was first published by The Conversation.

Young South Africans - those born in or after 1994 and classified as the "born frees" - are often dismissed as a generation of slackers. They're considered by some to be politically apathetic, more interested in social media than in social engagement.

The student protests that marked 2015 and kicked off at the University of the Witwatersrand as the #FeesMustFall campaign have highlighted how superficial these observations are. The protests were generally considered to be about financial accessibility to higher education in South Africa. They were. But they also represent a bigger issue. This relates to how active and engaged the country's university students are in seeking to better society. Not quite the slackers that many were lamenting, then.

Clearly, universities and higher education offer South Africans the opportunity to improve their material well-being. This has personal benefits: access to higher wages through improved professional opportunities, and better long-term health. It has a public good, too. The country will improve if it has more people who are better educated. They can contribute to reducing inequality and establishing a knowledge and innovation based economy.

So how can universities harness the energy poured into campaigns like #FeesMustFall and the desire of students to get involved in improving their society? How can institutions help to create "the citizen scholar"?

A different role for universities

South Africa continues to fail to meet many of the lofty hopes that followed the fall of apartheid. Economic statistics show that the country narrowly avoiding recession with a declining growth rate. Absolute poverty has fallen, but there are still 23 million people living below the poverty line.

Institutions must reorient their practices to foster a university graduate who is not only proficient in a specific discipline but also maintains a set of skills and cultural practices that speak to the idea of what it is to be a citizen in South Africa.

We want engineers to build bridges, doctors to be able to diagnose patients and scientists to lead the world in research - but this is not enough. They must also build a range of skills and proficiencies that mean they add more to society than merely economic growth.

This is the idea of the "citizen scholar" which encapsulates the idea that the role of universities is to promote scholarship as well as producing active and engaged citizens.

Universities need to inculcate a set of skills and cultural practices that educate students beyond their disciplinary knowledge. This arguably pushes the debate beyond the simple transfer of skills as part of the activities and academic development necessary to compete a degree. Rather it takes on a broader, more societal focus.

Such thinking comes from the idea that universities maintain a social mission that mobilises knowledge for the benefit of society. A central purpose of higher education is to improve the societies in which they operate and foster citizens who can think outside of the box and innovate with the purpose of community betterment. Martin Luther King Jr said it best:

Life's most persistent and urgent question is, 'What are you doing for others?'

Ideally, citizen scholars should have a range of skills and proficiencies. Here are three that are crucial.

Firstly, universities must help students to establish an ethical framework that simultaneously encourages their own economic ambitions while reminding them they are part of a society that they both rely on and whose future relies on them. This is particularly important when confronted by the challenges of sustainability and resilience, and with political systems that have been plagued with allegations of corruption.

A second proficiency is cross cultural engagement, something that has never been more important in South Africa's future. The country is in the midst of an increasingly heated debate about race and transformation - the measures that must be taken to make society more equitable in terms of race and gender. This often fractious debate and the xenophobic attacks experienced by many non-South Africans are just two examples that highlight the need to break down cultural barriers and misunderstanding.

Thirdly, there is a need to promote design thinking, innovation and entrepreneurship – even in disciplines not accustomed to teaching them. South Africa's many challenges require different thinking, and expecting different results from following the same processes is going to lead to failure.

The time is right for South Africa's universities to embrace the idea of a "citizen scholar". This isn't only through the education they deliver, but also through individual academics' own research and scholarly practices. This can demonstrate to students that their teachers and institutions are serious about their concerns and about the country's future.