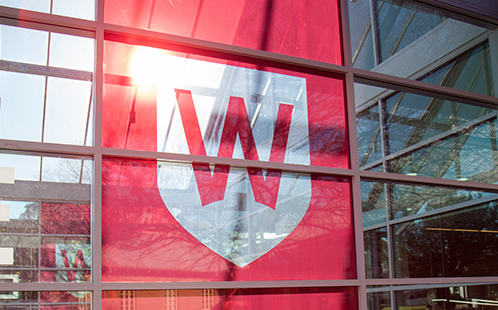 Western Sydney University has today announced a half-million dollar scholarship fund to assist refugees, with plans to raise a total of $12 million through a fundraising campaign.

The University's Board of Trustees has endorsed the initiative with $500,000 set aside to create scholarships for refugees in Australia on humanitarian visas.

The University is also calling on government, the corporate sector and the broader community to contribute to the initiative. With this support, the University aims to raise $12 million to help 400 students over the next four years.

All donations will be fully tax deductible and can be made here.

The fund will be held in trust by the University and will be directed entirely to support eligible students from 2016.

The scholarships valued at $7500 per year will be used for study and living expenses, and will be available to students studying across the full range of courses offered by Western Sydney University; from English-language and diploma programs at the University's College, through to masters and PhD programs.

Vice-Chancellor, Professor Barney Glover, says the University community has been moved by the humanitarian crisis currently unfolding in the Middle East and Europe, and wants to do all it can to assist by providing more educational opportunities for those who settle here, particularly in Western Sydney – one of the fastest growing regions in the country.

"Western Sydney University has a long and proud history of opening its doors to those for whom the journey to university has been anything but conventional," says Professor Glover.

"We have a number of existing programs to support refugees already in place, including our Western Sydney College Refugee Scholarships, and our Joan Reid Scholarship for Refugee Women, however we wish to do more, and we call on the community to help us build an ongoing endowment fund."

Professor Glover says the public's response this week to the inspirational story of Western Sydney University graduate and Western Sydney lawyer, Deng Adut – himself from a refugee background – shows what extraordinary contributions can be made to society if those escaping war-torn countries are given the chance to start a new life.

"Deng's story is a shining example of the transformational power of education and the enriching flow-on effects not only for individuals, but for their families and our community," says Professor Glover.

Following the Board's endorsement, the University will establish an advisory panel to oversee the initiative, and has invited graduate Deng Adut to join.

Professor Glover says Western Sydney University has one of the most culturally and socio-economically diverse student populations of any university in Australia, and the University presently has over 350 students who hold humanitarian visas, with over 80 per cent of these residing in Western Sydney.

He says with the recent announcement by the Federal Government that Australia will accept 12,000 refugees from Syria, now is the time to be thinking about how the community can best assist people in their resettlement.

"Providing scholarships is just one way in which we can provide practical assistance. Western Sydney University is proud to be a university that provides unlimited opportunities for anyone who has the drive, ambition and dedication to succeed," says Professor Glover.

Professor Glover says the University is finalising the details of the scholarship initiative and will share more about it in the coming weeks.