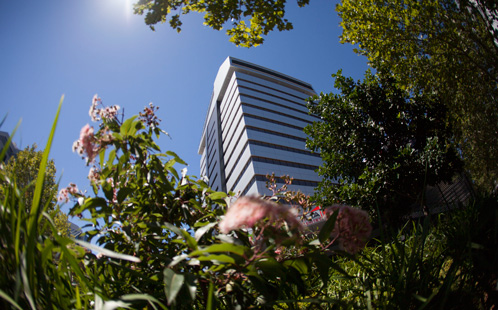 As Parramatta prepares for the $8 billion redevelopment of the city centre, local infrastructure and cultural institutions will need to adapt to a dramatic increase in workers, visitors and residents.

Focussing on the extraordinary growth of Sydney's second CBD and Western Sydney, the 2015 Festival of Urbanism (opens in a new window) is coming to the University of Western Sydney on Tuesday 8 September.

"There are nearly two million people in Western Sydney, with a broad range of skill sets and backgrounds," says Associate Professor Michael Darcy.

"As an internationalised region, Western Sydney is becoming increasingly equipped to meet the needs of the future."

"Yet as the density of infrastructure and the population gets larger, infrastructure such as hospitals, schools and transport will need assistance, with cross-metropolitan transport networks and increased government services essential to ensure the region adapts."

A Walking Tour of significant sites exploring how Sydney's second CBD stacks up for heritage, history, culture and diversity, and a discussion about future plans (register)

A public forum on the latest evidence about the transport needs for commuters in western Sydney, and how this aligns with current transport policy (register)

A keynote presentation and expert panel on the misconceptions on Western Sydney, as presented in the controversial SBS television documentary Struggle Street, set in Mt Druitt ( register )

Dr Dallas Rogers from the Urban Research Centre is also presenting in a festival event to be held in the CBD. He will discuss the drivers, politics and data on Chinese investment in Australian real estate.

The Festival of Urbanism Western Sydney events will be held on Tuesday 8 September in various locations in Parramatta CBD.

The full festival program is available online (opens in a new window).