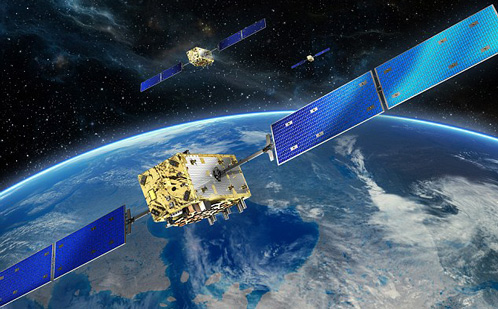 The Commonwealth Government has announced a review of the legislation governing civil space activities in Australia, headed by Professor Steven Freeland from the Western Sydney University.

The Federal Government has called a staged review of the Space Activities Act 1998, incorporating consultation with governments, researchers, industry and the public.

The review will help ensure the sector keeps pace with international change and technological developments, without adding unnecessary impediments to private investment.

He says launching objects such as satellites into space used to be prohibitively expensive, but advancements in microelectronics mean there are new opportunities for entreprenuers.

"Space technology has advanced dramatically, and if encouraged correctly will bring tremendous commercial opportunities to Australia," says Professor Freeland, from the Western School of Law.

"For example, tiny sateliettes called nanosats have the potential to revolutionise our capacity to observe the Earth from space, as well as help provide internet services to areas that still lacks coverage."

"This review will help determine how the existing framework is working, and the opportunities available to streamline the rules and encourage and promote a commercial space industry in Australia."

"Under international regulations, the Australian government is potentially liable for items launched from Australia into space that crash and cause damage," he says.

"One of the balances the national legislation needs to consider is how the commonwealth will protect itself against claims under this liability regime."

"The challenge is to strike a balance between allowing entrepreneurs to take advantage of new technology, while minimising the risk of collisions in space."

The Minister for Industry, Innovation and Science, Christopher Pyne (opens in a new window), says the staged review of the Space Activities Act 1998 will incorporate consultation with governments, researchers, industry and the public.

"Space technologies have advanced significantly since the Act was introduced in 1998," Mr Pyne said.

"At the same time we need to be able to effectively meet our international obligations in managing the space environment, for example, the proliferation of space debris."

The review will begin with extensive consultation with Commonwealth Government agencies. Public consultations will be held from February to April 2016.