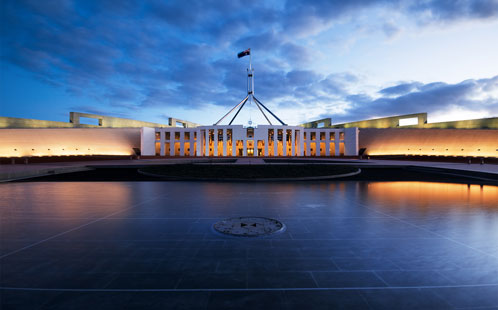 To discuss the implications of these new laws, a panel discussion (opens in a new window) hosted by the Whitlam Institute, University of Western Sydney School of Law and partners will be held at Riverside Theatres on June 4 at 6pm.

For most Australians it has proved well-nigh impossible to keep up with new anti-terrorism legislation, let alone fully appreciate the implications for their rights under Australian law, or for the institutions and cultural expressions underpinning our democracy.

To fully understand the broader professional implications for key players in our democracy, the panel will hear from:

Eric Sidoti, the Director of the Whitlam Institute, will moderate the discussion.

"Terrorism is not new and nations like ours have at different times faced all manner of threats, but times of heightened risk are exactly the times for cool heads, hard analysis and proportionate responses,"  said Eric Sidoti, Whitlam Institute Director.

"None of these requirements are well served by fear with the accompanying deluge of blame, distrust and fractured community relations."

"It's our hope that this forum offers an opportunity for stepping back to take a calm look at these matters in the light of the most recent anti-terror legislation and what it really means for our community."

The discussion has been organised by the Whitlam Institute within the University of Western Sydney, the UWS School of Law, the NSW Writers' Centre, and Riverside Theatres, in association with the Behind the Lines exhibition of the best political cartoons from 2014.Tickets are $15 and available to book online (opens in a new window)