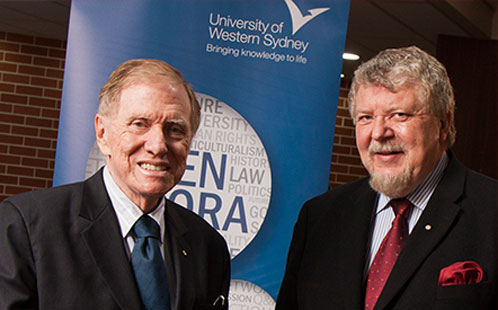 The Chair of the UN Commission on North Korea Michael Kirby AC CMG will outline the impact of a landmark report on the secretive regime at a University of Western Sydney Open Forum.

The retired Justice of the Australian High Court served as the chairman of a UN special committee established to investigate and take witness testimony of human rights violations by Pyongyang.

To discuss the inquiry and the subsequent response, Michael Kirby will address the Open Forum: The North Korean Commission of Inquiry and its Impact at the UWS Parramatta campus, Monday July 20 at 6pm.

The Inquiry was established after Japan, South Korea and Western powers began building a case against North Korea for possible international criminal prosecution.

The Inquiry concluded that North Korea was committing human rights violations "without parallel in the contemporary world".

It detailed horrific abuses in North Korea, including the starvation of political prisoners in secret gulags, public executions by firing squads, and infanticide committed according to racial purity laws.

In response, the UN General Assembly adopted a resolution calling on the Council to consider referring North Korea to the International Criminal Court for crimes against humanity.