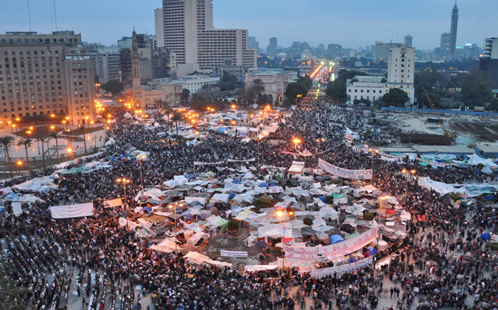 The Egyptian Ambassador to Australia Dr Hassan El-Laithy will discuss the disappointing conclusion to the Arab Spring at a University of Western Sydney Open Forum this week.

The Open Forum The Arab Spring- where did it go wrong? will take place at the UWS Parramatta campus, Building EA 2 13 on Wednesday August 19 at 6pm.

Democratic uprisings swept through the Middle East and Africa in 2011, with mass public demonstrations sparking riots and revolutions, with rulers from Tunisia, Libya and Yemen forced from power.

In Egypt, over two weeks of mass protests forced President Hosni Mubarak to resign in February 2011 after three decades in power.

Egypt subsequently held elections, with the Muslim Brotherhood's Mohammed Morsi elected as President, yet a year later he was deposed by the military following further public demonstrations.

The current President, Abdel Fattah el-Sisi, is the former head of the Egyptian Armed Forces.

The organiser of the Open Forum, Dr Sev Ozdowski from UWS Equity and Diversity, says initial hopes the Arab Spring would usher in a new era of democracy and peace across the region have faded.

"The Arab Spring was one of the most remarkable events in the 21st century, as young people from around the world stood up in protest against repressive governments," says Dr Ozdowski.

"Yet despite the initial optimism, the only lasting outcomes seem to have been instability and civil wars. In Egypt, there remain concerns about the lack of fair trials, the persecution of religious minorities and job opportunities."

"We are delighted to have the Egyptian Ambassador to Australia to speak about the Arab Spring, and where he thinks things went wrong."