No, India isn’t outpacing China, and other Modi myths 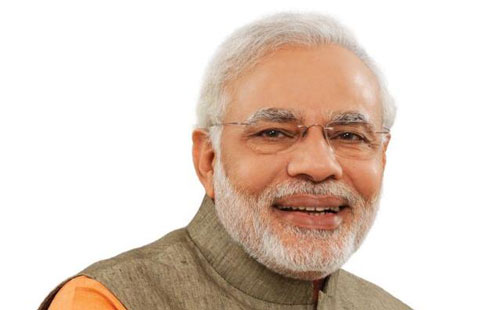 The following opinion piece, by Associate Professor Partha Gangopadhyay from the UWS School of Business, was first published on The Conversation (opens in a new window)website.

Having converted a potentially precarious majority into a grand majority, India's Prime Minister Narendra Modi is now suffering the horrific blues of the winner's curse of absolute majority.

Despite promises of seismic change to economic policy, we still don't know Modi's precise economic strategy. His sycophants have mouthed the obvious litany of praises about the already-transforming Indian economy, while detractors grudgingly await his pronouncement of the roadmap for economic recovery.

With the faux socialism of former Prime Minister Manmohan Singh rejected by voters, Modi took the opportunity for reform with both hands, scripting the most important economic policy shift of the Century.

He disbanded the Indian Planning Commission – a sheer anachronism in the modern era of globalism and corporatism. He then instituted the Niti Aayog for transforming the Indian economy. Detractors call it the "Dur-Niti Aayog" (corruption centre), and it is at best hazy which way the body will go in future years. Modi entrusted control of the new body to experts with excellent as well as dubious credentials and herein lies the greatest tragedy of the economic strategy of the new government.

Economic policy making calls for painstakingly detailed research - the kind of work that can create, shape, fuel and propel economic confidence in the nation. Economic confidence sometimes needs a nudge, but more often that not, screams out for a big push. Pink blotters cannot be a substitute for intellectual capital in policy-making.

Both Modi and his economic advisers are well aware of the deep economic malaise of India – the poverty in many regions in India is deeper than that of sub-Saharan Africa. They are well aware how hapless poverty stalls economic and social progress by triggering and abetting endless violence, perpetuating the problem.

Modi's economic advisers will possibly term any discussion of Indian poverty as the economics of sulking. Instead, their emphasis will be on more esoteric issues concerning market forces and free enterprise and economic growth. The clever advisers know that every economic figure in India, like a good bikini, hides more than it reveals. So the main strategy of Modi's economic advisers in the first year has been to treat the Indian economy as the proverbial elephant in the room – a huge problem and terribly dangerous if provoked. Just ignore the economy and, instead, use economic figures for the purpose of hiding obvious economic facts.

The first year of Modi's (economic) governance turns on the fulcrum of what I call the economics of hiding – optimally hide facts by giving confounding economic figures. Far worse, the economics of hiding is now an integral component of the overarching strategy of Modi's "Make in India" campaign: economic figures now manufacture myths for domestic grandstanding and also for global consumption.

Let me debunk a few of the myths: first, that economic growth has returned to India – from 4.5% in 2013 to 6.9% in the 2014 fiscal year, and that India is now poised to overtake China as the fastest growing economy. This clever ploy by the central statistical office (CSO) of India to portray growth simply involved changing the base year for data comparisons. To the dismay of Modi, some economists consider this sheer fudging (opens in a new window).

Secondly, that consumer price inflation has finally been arrested by the hard-working Reserve Bank of India (RBI) to within the mysterious 6% band.

Of course the main driver of inflation is the oil price and the global fall in the price of crude is the real source of the decline in inflation rates. India imports two-thirds of its oil consumption.

Thirdly, that inflows of foreign direct investment (FDI) have increased by 60% in the last fiscal year.

One has to take this figure rather carefully since the source of this growth is a massive spurt in joint ventures in telecom, oil and gas, and mining - at best best a zero-sum game since FDI in these sectors is tantamount to offshoring of profits that used to go to the government's coffers before. There are some positive signs of FDI into infrastructure projects and IT projects – but very little trickled down to the ailing industries.

Fourthly, that rural consumption and agricultural productivity are the drivers of Indian economic growth in 2014-15.

It is true that agriculture only contributes about 15% of the Indian GDP but it is the source of livelihood for 50% Indians. Due to bad weather shocks and inappropriate government policy to curb inflation by arresting rural spending, the Indian agricultural sector has gone into a tail-spin. During the last five years, rising spending in the agricultural sector became the engine of growth for the Indian economy. Under Modi this has disappeared and there is no sign that exports, investment in industry or urban consumption can compensate for the sagging rural economy.

Finally, that the Modi government has created 10 million jobs in the first year.

In reality, the number of job seekers went beyond the 12 million mark at the same time, so the growth in job creation is anything but satisfactory. Unless the current government can pump resources into infrastructure, there is not much prospect for industrial growth to fight joblessness in India.

Modi is an astute politician who knows that voters' have short attention spans. This means his real economic policy will be unveiled in the third year of his first term with an eye for a second term.

Pork barrel politics will create the second Modi wave. In his likely second term, Modi can bring out his swords, as opposed to scalpels, to finish off faux socialism. India will march on towards a market-driven economy with a quarter of its population teetering on the brink of destitution, poverty and social exclusion.