Muslims need to counter the claims of violent jihadists 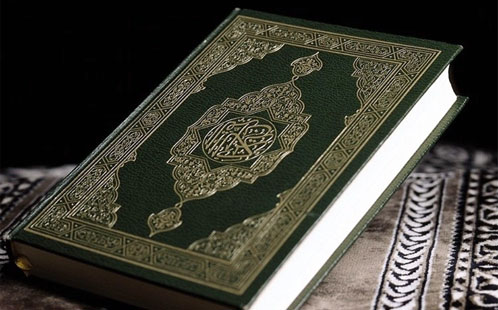 The following opinion piece, by Dr Milad Milani from the School of Humanities and Communication Arts, was first published on The Conversation website (opens in a new window)

A struggle is underway for the heart and soul of Islam. At its core is a question of credibility. What is the "true" Islam? Who are the "real" Muslims?

Lessons of the past tell us that religions are open to interpretation, that the history of religion is one of contests for power and, the old truism, that the victors write history. Right now, peaceful Muslims, as the majority, determine the mainstream credibility of Islam as a religion for peace. But this could easily change.

Moderates need to push for their view of Islam so the extremist view does not prevail. Australians also need to be made aware that Islam is as complex a religion as Christianity and its history is no less intricate. This is not just about Australian Muslims striving to represent their version of Islam, but about Australian non-Muslims making the effort to look beneath the surface of shallow representations of Islam.

Islam is not and has never been a homogeneous phenomenon. Certain universal beliefs define the religion, but the ways in which these are practised and applied to the everyday can vary quite significantly.

The demographics of the Muslim diaspora (opens in a new window) actually demonstrate the large-scale success of integration of Muslims in non-Muslim countries. The perception of a tension between "Islam" and "modern democracy" is simply that: a contrived notion that serves fear-mongering advocates.

It is Muslims who define what Islam means to them. This I take to be true about religion in general, but it particularly applies to Islam.

The Islamic tradition comprises a number of different communities within the sectarian – Sunni and Shi'a (opens in a new window) – divide. In Australia, Muslims are a largely integrated group, with those holding moderate views in the majority. Some, however, espouse a more hardline view.

These "Islamists", or advocates of political Islam, maintain the necessity of Islamic doctrine as a basis for guiding social and political, as well as personal, spheres of activity. Their view is controversial and the subject of much debate within Islam. Muslims do not all agree, for instance, on whether Islamic doctrine requires that one should live one's life as closely adhered to Islamic values as possible, or on whether Islamic values should determine social, political and personal action to the letter.

Muslims who hold these views seek a narrower definition of religion legitimised in a literal reading of the classical sources. Advocating for stricter Muslim life is the agenda of revivalist groups. They may form a significant portion of the global Muslim community but are by no means in the majority.

Still, none of this makes for an extremist jihadist Muslim. These jihadists are a product of a politicised group that aims to bring about change by force of arms. They are an even smaller percentage of Muslims around the world, but are highly visible through media exposure.

Extremists may be branded as perversions of the faith, but they cannot be denied their view of what Islam might mean. They base their version of "Islam" on the same sources as moderate, liberal and mystical Muslims. The extremist jihadist view of Islamic identity, though, perpetuates its own idealism and historicism.

The idea of warfare in seventh-century Islam is couched in a defensive psychology. A new community was defending itself (opens in a new window) against the Meccan elite. So the earliest sources, Qur'an and Hadith (opens in a new window) literature, or classical sources as they are called, contain verses that espouse a level of violence.

In their proper historical context, however, these are not originally understood as offensive edicts. So, for example, the following verses and many others like them commend striving in the name of God, but set out parameters for doing so.

Fight in the way of Allah those who fight you but do not transgress. Indeed. Allah does not like transgressors. – 2:190

And when the sacred months have passed, then kill the polytheists wherever you find them and capture them and besiege them and sit in wait for them at every place of ambush. But if they should repent, establish prayer, and give zakah, let them [go] on their way. Indeed, Allah is Forgiving and Merciful. – 9:5

Fight those who do not believe in Allah or in the Last Day and who do not consider unlawful what Allah and His Messenger have made unlawful and who do not adopt the religion of truth from those who were given the Scripture - [fight] until they give the jizyah willingly while they are humbled. – 9:29

Jihad is an Islamic institution. It has a history and a process that needs clarification. It's important to understand that Islam has an embedded legal tradition. This demonstrates the crystallisation of Islamic thought as part of a historical evolution from theological to legal debate from the ninth century onward. Islam is anything but an arbitrary religion interpreted indiscriminately by just anyone.

This also means that through the right understanding of legal processes, Muslims can justify particular readings of their religion within specific contexts. So the outcome of a fatwa (which simply denotes a religious scholar's legal opinion) for or against violence in a particular situation can be substantiated, but it certainly is not decisive. The interpretation of the law and the decision to apply an opinion have to endure a rigorous process in any official capacity.

Another important point is that Islamic history defines a religion in which religious and political significance are closely interwoven. In the thousand years of Islamic history, political applications of Islamic doctrine typically manifest in militarised expeditions tied to the faith. This can be seen in activities of the Prophet's community in Medina until 632 and, following this, in the period of Muslim conquests (opens in a new window) under the reign of the caliphs.

Military expeditions can be legitimated by a defensive logic or as a justified offensive in gaining political territory. So we arrive at jihad. The idea of jihad made synonymous with "suicide killing" is in fact prohibited by classical sources:

O you who have believed, do not consume one another's wealth unjustly but only [in lawful] business by mutual consent. And do not kill yourselves [or one another]. Indeed, Allah is to you ever Merciful.

And whoever does that in aggression and injustice - then We will drive him into a Fire. And that, for Allah, is [always] easy. – 4:29-30

Yet historical examples of killing oneself in the cause of religion can be found early on.

Death for the "glory of God" was an attitude that developed in reaction to assaults both externally and from within. External threats meant Muslims were eager to wage Holy War in the 11th century, in retaliation to the Crusades. Internal threats led to the rise of an elite group of Assassins (opens in a new window) (an offshoot of the Ismaili branch of Shiite Islam) who specialised in suicide missions.

Working out what jihad actually means, however, and how it should be applied has much to do with terminological debates.

Jihad is a typical Arabic word. It is agreed to mean striving against another. In a religious context, referenced from the Qur'an, the term takes on a meaning that is interpreted as "religious striving against polytheists and non-Muslims".

This seems straightforward, but various interpretations arise because:

But this too is problematic:

(a) Is spreading Islam a bid for political power over others?

(b) Is spreading Islam a bid for gaining converts to religion?

The general assumption that prevails settles on a combination of both. In most cases, though, conversion to Islam takes priority – political power is a stepping stone to conversion.

Another generally agreed concept among the ulama is that jihad is a duty of the community. But again this is freely interpreted; most Muslims are left to pursue their own jihad according to what it means to them.

A majority of the ulama adopt a generous view of jihad and tolerate a wide range of groups (different kinds of Muslims and non-Muslims). On the other end of the spectrum, extremists view non-Muslims and Muslims who disagree with them as infidels.

Finally, the key issue remains whether it is incumbent upon Muslims to initiate jihad, or whether it is only to be utilised as a reaction to external provocation.