Loyalty in sport: who to support if your team is not in the weekend's footy finals 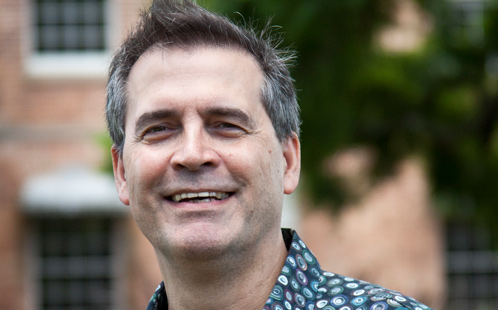 The following opinion piece, by Professor David Rowe, from the Institute for Culture and Society, was first published on The Conversation.

Commentators are prone to describe every weekend as a huge one for sport, but this weekend qualifies as large, even by the inflated standards of the sports hyperbole peddlers.

On Saturday afternoon the West Coast Eagles meet Hawthorn in the AFL Grand Final at Melbourne's MCG. The following evening sees Queensland teams the Brisbane Broncos and the North Queensland Cowboys enter Cockroach territory to play the NRL Grand Final at Sydney's ANZ Stadium (better-known as home of the 2000 Olympics).

In between these events and on the other side of the world in the UK, the Wallabies play England in the Rugby World Cup at Twickenham, a heart-stopping encounter in the much-touted Pool of Death.

A question of support

The question for many television viewers – always the vast majority of spectators for major sports events – is how to negotiate this weekend of heavy-duty media sport.

For those who have no or little interest in Australian rules football, rugby league and rugby union, the choice is simple. A myriad cultural alternatives await, from the performing to the culinary arts, or binge TV comedy and drama or a visit to the movies.

For keen supporters of any of the four teams participating in the finals – out of a total of 36 that set out with so much forlorn hope last autumn – the right move is also fairly obvious.

But what of the large number of people who count themselves as fans of some or all of the sports involved, but do not support any of the teams in the games on view?

If they ignore the matches, they will lay bare one of sport's enduring myths – that love of the game means a disinterested appreciation of sporting excellence rather than fixating on who wins.

The blunt reality is that, for most of us, sport is just not that interesting unless, like swinging voters in the world of politics, we have skin in the game.

So, the usually effortless process of supporting a team becomes the more complicated one of speedily picking one to champion in any given sports encounter.

Choosing to support a sport team regularly is most straightforward when it is a matter of geography, kinship and culture.

In one-team towns (such as Brisbane, Newcastle or Geelong) it is a matter of civic pride. When there are multiple teams in close proximity it mostly comes down to suburb and family history (such as Collingwood and Manly).

These spatial markers tend to overlap with other cultural histories that confer on teams their particular collective character and reputation (for example, the common attachment of Indigenous Australians to the South Sydney Rabbitohs).

But this "blood and soil" sport fandom is less viable in an increasingly mobile world where place of birth is left far behind, and may even be in another country. Residual club loyalties determined by origins might endure, but the lure to bond with new neighbours by supporting their teams can be strong.

In any case, football fandom is more flexible than is generally acknowledged. Most sport fans have a second, third and above team to support depending on who they like most, or least dislike. In Grand Finals and World Cups, support tends to swing behind those teams left standing.

When teams with long historical rivalries are playing, the visceral urge to wish failure on the principal enemy should not be underestimated. It may even provide a perverse incentive to watch in the hope of some serious schadenfreude.

Sport marketeers are alive to this flexible sport fandom. For example, during this year's AFC Asian Cup, Australia-based fans were encouraged to adopt other teams when they were not playing against the host nation's Socceroos.

Sport fans themselves are adept at negotiating their various loyalties, as I have discovered when researching transnational sporting affiliations in Greater Western Sydney.

For most of those who will watch the Australia versus England game in the Rugby World Cup on early Sunday morning, the catch-cry "Anyone but England" – many transplanted Poms excepted – will apply.

But their emotional decision-making will be more complex if, for example, teams of fellow-Pacific Islanders such as Samoa, Tonga and Fiji are playing, or for those of Irish descent who are known to sing "Oh Danny Boy" in the twilight hours.

The question of sporting loyalty to a person's adopted nation was famously raised by Norman Tebbit, a former minister in the UK's Thatcher era, when he said back in 1990:

A large proportion of Britain's Asian population fail to pass the cricket test. Which side do they cheer for? It's an interesting test. Are you still harking back to where you came from or where you are?

It is a test that many Australian citizens and residents of diverse backgrounds would be happy to fail as the Rugby World Cup unfolds – not least those with close ties across the Tasman.

So, what advice can be offered to the discerning TV sport consumer this weekend? Your options are any or all of the following:

*do anything but watch the games
*avidly support your participating team
*watch anyway because you love the sport uncontaminated by partisanship
*pick the teams you most or least loathe and watch with intense or casual interest.

May the most appealing cultural selection win.