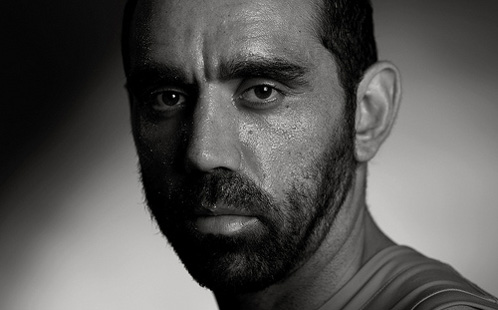 The booing of Indigenous AFL player Adam Goodes is an example of "racially-coded abuse masquerading as legitimate footy fan expression", according to an expert in sports and culture at the University of Western Sydney.

The former Australian of the Year has been targeted with boos from crowds this season, with the Sydney Swans chairman Andrew Pridham declaring the behaviour racist.

Most recently, in last weekend's game Mr Goodes was booed and jeered loudly when he approached the ball, sparking his teammate Lewis Jetta to perform an Indigenous war dance in support.

The CEO of the AFL Gillon McLachlan has described the unprecedented hostility "sheep-like" and called on crowds to stop the behaviour, but stopped short of describing the behaviour as racist.

Professor David Rowe, from the UWS Institute for Culture and Society, is the author of Sport, Culture and the Media: The Unruly Trinity and editor of Sport, Public Broadcasting, and Cultural Citizenship: Signal Lost?

He says many commentators are going to extraordinary lengths to deny that the persistent booing of Adam Goodes is racist.

"First, it's claimed that football players are always being booed.  That may be true, but it is difficult to remember any player of Goodes' standing receiving such prolonged hostile attention," says Professor Rowe.

"Second, it is claimed that he is taunted because he is a 'sook' who's always complaining to referees and a 'stager' who fakes free kick offences.   But even if that were the case, he is hardly unique among the ranks of footballers.  Yet Adam Goodes is the only person who is being booed every time he's gone near the ball for two months straight."

Professor Rowe says the next justification for the abuse stems from an incident in 2013 he called in Security to deal with a 13-year old Collingwood girl at the MCG who called him an 'ape'.

"Somehow, the victim of a racial slur was turned into a bully who compounded that offence by performing an Indigenous war dance at the SCG during the 2015 AFL's Indigenous round," he says.

"In between, he was Australian of the Year, which led various critics to complain that he was using this position, in Andrew Bolt's words, as 'a soapbox to vilify our past and preach division.'"

"Once you cut through all the cultural static around Adam Goodes it is clear that there is only one reason for him being constantly booed – he is a prominent Aboriginal man who refuses to submerge his Aboriginality or to tolerate racial abuse.  His 'reward' is to be abused routinely from behind a smokescreen of run-of-the-mill footy fandom and legitimate media opinion."

Professor Rowe says Miranda Devine of the Daily Telegraph says that Adam Goodes is booed only for acting like a 'pillock'.

"On the contrary, anyone who joins the mob chorus that vilifies this dignified, distinguished Indigenous Australian stands exposed as the real pillock in our midst," says Professor Rowe.

Photo: Australian of the Year 2014