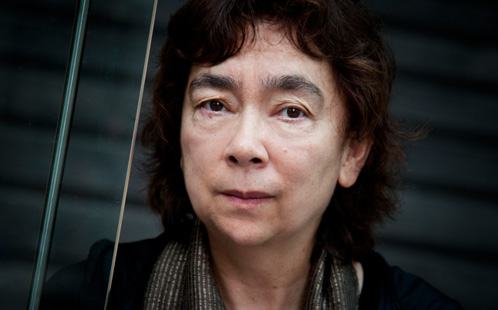 Author Alexis Wright, from the Writing and Society Research Centre, is a member of the Waanyi nation of the Gulf of Carpentaria.

She is the author of the novel Carpentaria, which won five national literary awards in 2007, including the ALS Gold Medal and the Miles Franklin Award.

Her most recent work is The Swan Book, a dystopian novel set in a future dominated by climate change and the continued surveillance of Aboriginals in Australia's north.

Ms Wright says she was quite emotional when she received the news, and she paid tribute to the strong support from the Writing and Society Research Centre and its Director, Professor Anthony Uhlmann, who nominated her for this award.

"My style of writing takes a lot of thought and time to develop the ideas, and receiving this award will make a huge difference to the time I can now devote to my work," she says.

"This Fellowship will give me the space to concentrate on new ideas, to create work that will further challenge the very best of my ability."

The announcement of Alexis Wright as a Sidney Myer Creative Fellow came as her body of work was shortlisted for the Melbourne Prize for Literature.

The Whitlam Chair in Writing and Society Professor Ivor Indyk says it is hard to think of another Australian writer who has the imaginative power and range of Alexis Wright.

"The Swan Book, like Carpentaria, is a tour de force. Her novels have brought Indigenous writing to the forefront of Australian literature," says Professor Indyk.

"She has been a wonderful role model and mentor for our Doctor of Creative Arts students, and it's very pleasing to see her influence recognised by this award."

Under the fellowship, awarded to artists who demonstrate outstanding talent and exceptional professional courage, Ms Wright receives an unrestricted grant of $160,000 over a two-year period.

"Artists ask difficult questions, they celebrate and embrace, they prod and poke and hold a mirror up to society – we need this so that many viewpoints are presented in the public arena," says Carrillo Gantner AO, Chairman of the Sidney Myer Fund.