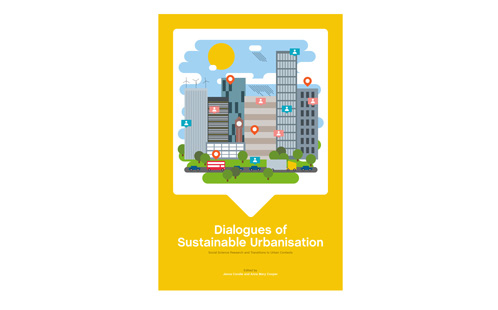 The dynamic ways researchers are collaborating internationally to produce content beyond traditional academic structures is exemplified in a new book published by the University of Western Sydney.

Dialogues of sustainable urbanization (opens in a new window) is an open access book featuring the work of 83 international researchers investigating how people and communities are coping with rapid urbanisation.

Advancements in self-publishing mean researchers can regain editorial control of their scholarly work; they can also bypass the time delays of formal publishing as they take charge of the entire publication process.

Self-publishing allowed the contributors to collaborate quickly and publish within six months, releasing the book for free download in e-book and PDF format for academics, government officials and citizens. Translation into other languages is progressing, and an interactive website is planned.

Curator and co-editor Dr Jenna Condie, from the School of Social Sciences and Psychology, says the book needed to be produced quickly to keep up with the urbanisation it describes.

"The attraction of electronic publication untethered from the formal submission process can be seen in the overwhelming response by contributors, who describe urban change in countries including China, India, Nigeria, Japan and Australia."

"The entire process from conception to publication took only eight months, and we plan on using this platform to engage in new levels of discussion with each other and research stakeholders".

Dr Condie says despite the growing acceptance among academics to communicate to each other and the public through digital channels, recognition by the Academy, still largely bound by strict publishing guidelines, remains to be fully seen.

"We live in the era of the digital scholar, where researchers increasingly move online to share knowledge and research, yet for many the benefits are unclear," she says.

"For us, an e-book and digital approach has resulted in something potentially very powerful, a new network of people seeking to share and generate ideas for our urban futures."

Dr Condie says the book is now seen as a base for new interactions, with research in mind.

"To facilitate new conversations, we will create an interactive website to facilitate comments and discussion, to unlock new ideas and make them more accessible to the wider community. We are all about breaking the boundaries," she says.

"Even if projects like this aren't formally recognised by the formal academic output models, I believe they will only become more common, as they help academics source information and forge new professional networks."

The book was co-edited with Dr Anna Cooper (University of Salford, UK) in association with the International Social Science Council (ISSC).