Study to show the true cost of bullying 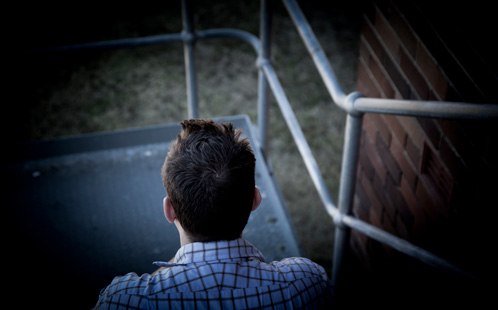 A new study at the University of Western Sydney will explore the true social cost of bullying by interviewing the victims, friends and family of those affected by bringing to life their workplace trauma in a series of short stories retelling their experiences from their differing perspectives.

Professor Margaret Vickers, from the UWS School of Business, has extensively researched the traumatic experiences of individuals at work facing adversity, including those who have been bullied.

Professor Vickers plans to interview people touched by bullying so she can write a series of short stories about their respective experiences, to not only bring to life the horror of workplace bullying, but to help educate victims as to how they might best respond and bring their plight to the attention of authorities.

"There are a lot of myths and misconceptions around the types of people who are targets of bullying, as well as those doing the bullying."

"One way to increase understanding is to share individual cases of bullying in the form of stories, written from multiple perspectives, in a way that readers will understand what is happening."

Professor Vickers says the study will not only provide revelations from the people targeted by bullies, but also investigate the lived experiences of everyone affected, including colleagues, managers, and friends, family and loved ones of bullying targets.

"The sad truth is that bullying also affects more than just the perpetrator and the victim," says Professor Vickers.

"Bullying affects everyone around them, from the workers who witness this bad behaviour, to the managers perplexed with how to respond to it effectively, through to partners who watch their loved ones spiral into depression and alcohol abuse, and children who watch their parents' growing anger and despair."

"Research has shown that both targets, and those around them, can suffer from post-traumatic stress effects, exacerbated illness, depression, sleeplessness, substance abuse, and anxiety. Up to 25% of targets of long term bullying have even been reported to have considered suicide."

"By bringing a series of workplace case studies to life in a series of short stories, my study will enable employees and employers to understand bullying better so they respond more appropriately" she says.

Professor Vickers says the resultant book, to be published internationally, will be an invaluable tool to educate the community about the true cost of bullying, and the correct way to respond to it.

"We need to find new and novel ways to bring this scourge in our workplaces to light, and to help those affected take the steps they need to bring it to an end," she says.

Professor Vickers is currently asking for participants to join the study. To take part please contact Professor Margaret Vickers by email or phone (02) 9685 9661