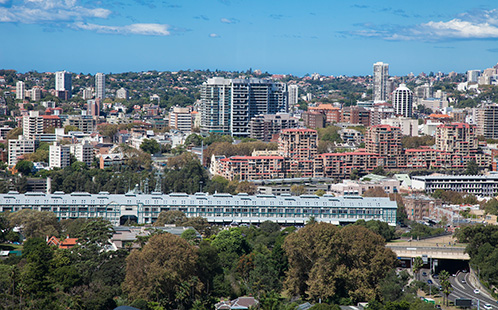 The availability of green space in the local environment is an important factor in improving and maintaining good health in the nation’s communities. Yet new research reveals that some of our poorest communities in Australia’s largest cities don’t fare as well as their affluent neighbours when it comes to green space availability.

The study published in BMC Public Health(opens in a new window) is the first to focus on multiple cities across Australia, was conducted by researchers at the University of Western Sydney and the University of Melbourne. It looked at the distribution of green space relative to local income in Sydney, Melbourne, Brisbane, Adelaide and Perth. The data used in the study was obtained from the Australian Bureau of Statistics.

Lack of access to green space has the greatest impact on the health of people who may need it most – those who reside in some of the socioeconomically least favourable areas in cities, the researchers say.

"We found that low income communities are least likely to have access to green space, yet they are more at risk for preventable chronic health problems such as Type 2 diabetes, obesity and cardiovascular disease," says Dr Thomas Astell-Burt, Lecturer from the UWS School of Science and Health and a Postdoctoral Fellow of the National Heart Foundation.

"Previous research has shown that people who have access to green space are more likely to engage in exercise. Improving green space access for those on a low income could enable positive lifestyle changes," he says.

Dr Astell-Burt and his fellow researchers say that this inequality is unlikely to have come about by chance. Neighbourhoods with plenty of green space are often highly desirable, which increases house prices, thereby making it difficult for people on low incomes to afford to live there.

Further, while there is now a national urban policy aimed at facilitating more equitable green space access planning, historical factors and variations in the built environment planning policies which exist in different states also potentially account for the inequities highlighted in this study.

For example, in Melbourne, which has the most equitable ratio of green space, urban planning policies specify that the state’s local parks be located within a 400m safe walking distance of at least 95 per cent of all neighbourhood dwellings. By contrast, the requirement in Perth is that 10 per cent of all sub-dividable land be allocated to parks and other open spaces. Sydney and Adelaide showed the least equality in terms of green space allocation within the communities studied.

The researchers suggest that green space allocation in cities could be better equalised if targeted city and neighbourhood-specific planning measures and interventions were used rather than adopting a one-size-fits-all approach.