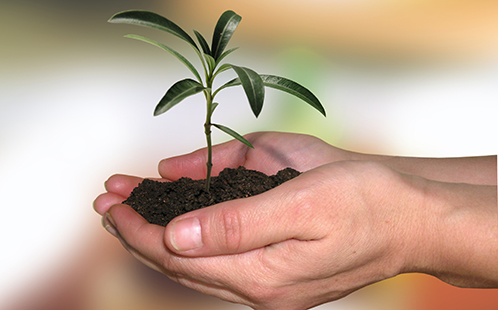 A new study published in the international journal Nature reveals changing global temperatures could effect the activity of subterranean microbes triggering soils to release more greenhouse gases into the atmosphere.

The role of terrestrial ecosystems in the planet's carbon cycle is much like an iceberg – the bulk of the activity is hidden below the surface. Soils store four times more carbon than the plants which grow on the planet's surface.

The latest finding therefore suggests that more carbon dioxide can be released than the current predictions.

The international team of scientists, including Professor Brajesh Singh, from the University of Western Sydney's Hawkesbury Institute for the Environment, collected soil samples from different ecosystems from the Arctic to the Amazon to investigate how the various microbial communities respond to changes in temperature.

The scientists discovered that over the long term, the microbial-level response to the temperature change more often enhanced the temperature sensitivity of the soil carbon. Soil samples collected from a range of ecosystems including, grassland, heath and deciduous and evergreen forests, the most dramatic changes occurred in those with a high carbon-to-nitrogen ratios and those from cold climate regions. The scientists found that in the cold climate soils, microbial community responses increased the effect of a temperature change on their respiration rate by a factor of 1.4.

"More than half the global soil carbon stock is locked in Arctic and boreal soils," says Professor Singh.

"Our results indicate these substantial carbon stores could be more vulnerable to climate warming than currently predicted."

Lead researcher, Dr Iain Hartley, from the University of Exeter says: "It is only relatively recently that we have recognised how important it is to understand soil microbial community responses to changes in temperature. Big advances have been made in recent years, and there are now models that simulate key microbial processes."