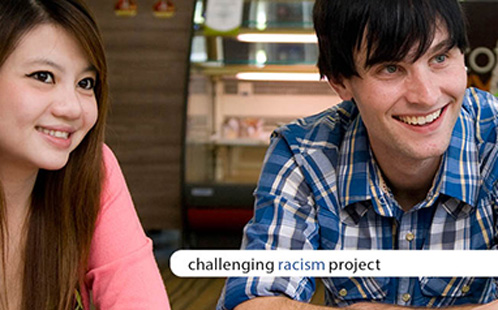 The Head of Australia's largest study into racism has congratulated the Federal Government for dropping planned changes to the Racial Discrimination Act, saying research has shown the majority of Australians didn't support the proposal.

The Federal Government planned to alter the Racial Discrimination Act to make it legal to "offend, insult or humiliate" someone because of their race or ethnicity, but has now decided to keep the existing protections.

Dean of Social Sciences and Psychology at the University of Western Sydney, Professor Kevin Dunn, has congratulated the Government, and especially the Prime Minister Tony Abbott, for recognising the importance of good community relations.

"Leadership is also important, and the Prime Minister is to be congratulated on this decisive action to sustain a symbolically important element of Australia's human rights protections, and a key part of multiculturalism."

This proposal to alter the Racial Discrimination Art ran counter to public sentiment as captured in the landmark Challenging Racism Research Project led by Professor Dunn, which surveyed more than 12,500 Australians to provide a national picture of racism, ethnic relations and cultural diversity.

In a recent Challenging Racism survey, 2100 respondents were asked whether it should be unlawful to humiliate, insult, offend or intimidate someone according to their race, with the results showing:

"The Prime Minister has had to turn away from some very influential vested interests, and has instead sided with the majority of Australians," says Professor Dunn.

"This will be welcomed by the vast of majority of citizens, and the Challenging Racism Project is relieved and enthused by the Prime Minister's decision."