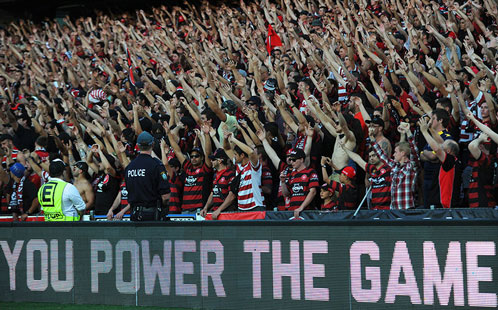 Sport is traditionally a pivotal part of Australian culture, but as society changes, the place of sport in Australia is changing with it.  This is especially the case in the childhood homes of many Australian sporting greats, Greater Western Sydney, the battleground where football (soccer), rugby union and AFL vie with the traditional powerhouse of rugby league for a bigger share of participants, spectators, sponsors, government funds and media coverage.

A special University of Western Sydney event at Parramatta Leagues Club on Tuesday December 2 will discuss the history, present and future of sport in the lives of people in both the Greater Western Sydney region and across Australia in a globalising world.

The event is part of Research Week, an initiative dedicated to showcasing the high-calibre research undertaken at UWS.

The public event is led by Professor David Rowe from the Institute for Culture and Society, the lead investigator of the current Australian Research Council project A Nation of 'Good Sports'?

"Western Sydney is not only the focus for Australian sport simply because it is a large and growing market, and all sports want a piece of the commercial pie," says Professor Rowe.

"What's important is that Western Sydney is a signpost to the Australia of the future."

"Its diverse population includes those with backgrounds in countries with different sporting tastes and, in some cases, from places where sport is much less culturally important than it is in Australia."

"It can't just be assumed that everyone will celebrate Sir Donald Bradman – indeed, they might have little idea of who he is and may not even like cricket."

Among the key questions to be discussed at the conference are:

This Sporting Life? will be held at the Parramatta Leagues Club on Tuesday December 2 at 5.30pm for a 6pm start, with refreshments provided.