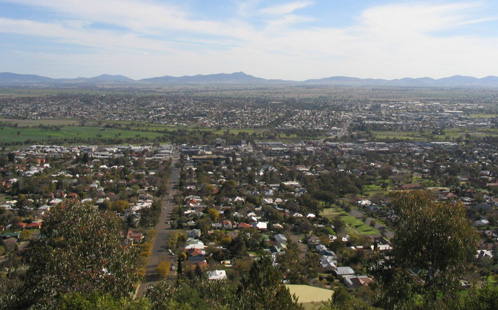 The following opinion piece by Dr Rae Dufty-Jones was first published on The Conversation website.

Accompanying the reintroduction of Temporary Protection Visas (TPVs) in Australia last week was a new type of immigration visa, the Safe Haven Enterprise Visa (SHEV). What is significant about the SHEV is the way that long-term asylum in Australia has become linked to residing in regional Australia.

The SHEV has three key features. First, SHEV holders will be expected to work in "designated, self-nominated" regional areas. Second, the SHEV offers holders five years of residency instead of the three-year limit of a TPV. Last, according to the immigration minister, SHEV holders who have worked in regional Australia without requiring access to income support for three-and-a-half years will be able to apply for other onshore visas (e.g. family, skilled or student).

In a policy area that has been characterised by hard-line approaches, the SHEV seems to provide a shard of hope for those irregular immigrants seeking long-term asylum in Australia. However, is the SHEV the policy "carrot" that it initially appears to be? Or does the requirement to settle in regional Australia make it just another "stick" approach in contemporary immigration policy?

While not a new policy solution, the push for regionalised approaches to Australia's immigration policy re-emerged in the 1990s. This arose from a number of concerns.

First were the pressures on urban infrastructure (transport, housing etc), which high levels of immigration were believed to be exacerbating. Second, it was argued that the benefits of immigration needed to be more evenly distributed between urban and rural Australia. Third, it had also become clear that the beginnings of economic revival in many rural regions were in jeopardy because of skills shortages.

Responding to these concerns, the federal government, in conjunction with state and territory governments, developed a raft of "State-Specific and Regional Migration" (SSRM) schemes in the mid-1990s. The initial SSRMs have subsequently been accompanied by other regional immigration policies. These range from regional 457 Visas to the Pacific Seasonal Worker Pilot Scheme (2008).

The "regionalisation" of Australia's immigration program marked a significant departure from the post-World War II immigration and settlement practice in three ways.

First, in effect, these schemes have created two classes of immigrants: one group who can settle where they wish, while another is restricted to where they can settle (at least for the initial years). Second, it now allows states and territories to take a more active and direct role in the immigration program. Last, it has linked immigration specifically to regional development.

In the short term, the various SSRM visa programs seem to have been highly successful. According to Professor Graham Hugo, the impact of the SSRM programs has been significant, with numbers trebling between 2006-07 and 2010-11.

Furthermore, the occupations of immigrants given regional visas reflect skill shortages in these areas such as medical professions, tourism and meat processing. Last, many SSRM immigrants are in their 20s and 30s and have provided an important demographic offset to the net loss of youth that regional Australia has been experiencing for decades.

The long-term impacts are less certain. Evidence from the UK and US suggest that immigration into regional areas produces new and ongoing internal migration patterns. If this trend plays out in Australia, then it will go a long way to assuring the long-term success of the SSRM programs.

However, a number of factors also need to be accounted for. First, service provision is essential. This includes language training and access to housing, employment and education. Second, racism can undermine the best institutional structures to welcome immigrants and poses a barrier to the sustainability of immigration into some regions.

So now we return to the question at hand: is the SHEV a carrot or stick approach in policy terms? Well that all depends on how the specifics of this policy play out.

In the stick camp, the SHEV continues the two-class system that is a feature of SSRM schemes. Likewise, if the SHEV is meant to be part of a range of temporary visas designed to deter those irregularly seeking asylum then the introduction of the SHEV seems to be only further reinforcing negative stereotypes of regional Australia - places that only those who have no other choice select to live in.

Yet on the carrot side, it seems that SHEV holders may be able to carve out a means of residing in Australia beyond the five years offered by this visa. This marks an important, if ever so slight, shift in policy.