Cultural Muslims, like cultural Christians, are a silent majority 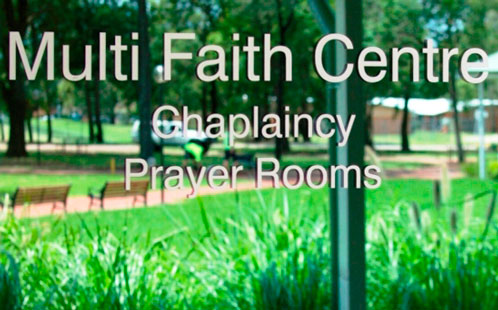 The following opinion piece by Dr Milad Milani from the UWS Religion and Society Research Centre was first published on The Conversation website.

The "cultural Muslim" refers to members of the Muslim community who are non-practising but retain an attachment to elements of Islamic culture. The history of the Muslim world entails the story of numerous civilisations spanning from Spain in the West to Pakistan in the East. And not much has changed today. The vast cultural diversity means distinctness and variety in practice and customs. Communities of faithful across the globe express a multiplicity of interpretations across the globe. More intriguingly, the category of the cultural Muslim is not only a testament to the cultural diversity associated with the faith, but further defined by a process of disenchantment with its religious institution.

This goes beyond the fact that there are extremist Muslims and peaceful Muslims and mystic Muslims; it points to the ordinary everyday secularised Muslim who might even be engaged in a private and personal (that is to say apolitical) manner with their religion. "The Story of Islam has always privileged the view from the centre." Thus stated Richard Bulliet in his publication Islam: The View from the Edge. The view from the centre holds Islamic history to be an outgrowth from a single point, expanding under the label "the caliphate". But was there anything other than a political label that held Islam together? Why did its social cohesion evaporate after just two centuries, never to re-occur?

The attempt to "understand" Muslims is ongoing. Islamic history is as complex as it is contested. Muslim societies are multifarious, and the lives of individual adherents even more intriguing and little understood. But what is gradually receiving more attention is the view that an adequate understanding of the Muslim world depends on having a better grasp of what has happened – and what is happening – on the periphery.

Bulliet, Professor of History at Columbia University, New York, had already conducted important research on this in the 1990s. The "view from the edge" he called it; this was to complement, and not contradict or refute, the view from the centre. More importantly, it filled in the blanks in what is usually quite an impaired historical vision as most surface historical studies depend on the "usual" materials.

Bulliet's research places the focus on some of the oddities – as gleaned from biographical data – that detail key periods and events across the newly urbanised localities on the outer rim of the empire. For instance, studies of prominent Muslim families living away from the capital in Baghdad demonstrate independent social developments on the periphery. "The view from the edge … sees 11th-century Iranian urban society as totally dominated by the great ulama families. In selected instances, constellations of these local families … attempted … to secure for their cities autonomy from all but the most formal aspects of imperial control."

Such historical enquiry reminds us all about the complexity of Muslim identity. Muslims themselves adhere in various ways to their own religious and cultural values. It is good to know that recent scholarly attention is putting the view from the edge back on the agenda. Not all Muslims are religious. An increasingly recognised body of non-practising Muslims living in the West are identified (or openly self-identify) as cultural. This is different to the many liberal Muslims, who like liberal Christians, would argue that they are simply re-interpreting the unchanging core of their religion, to suit the new environment.

The cultural Muslim appears to be the case of an unaccounted majority. They no doubt represent an important part of the dialogue between religion and secularity in the West. The qualifier "cultural", used by Muslims themselves, seems to indicate awareness that the conscious choice of calling oneself a cultural Muslim dissociates from anti-Muslim sentiment.

An Australian study in 2011 drew attention to the need to understand the "silent majority" as the unaccounted voice of cultural or non-practising Muslims. The contention is in the classification of Muslim attitudes, arguing that majority Muslim opinion is ignored, and remains silent, in the debate between moderate and extremist Muslims.

The literature emerging in the past decade clearly demonstrates that not all Muslims are practising. Indeed, a large number of unaccounted Muslims are nominal by choice. The fact that Islam is an orthopraxy (rather than an orthodoxy) makes the sorts of survey instruments that have traditionally been used to measure Christian commitment of little value for measuring Muslim commitment. Two decades after Western governments began to worry about militant Islam, there is still no single comprehensive survey that would allow observers to estimate what proportion of those born to Muslim parents are themselves "practising" or "believing".

The issue of the silent majority should be a chief point of concern for greater discussion. Even if it starts by understanding more about what the category of the cultural Muslim might actually entail. Why are these Muslims choosing to self-designate as such? Are they pressured by the foreign political climate to do so (in order to fit in). Is it out of fear of being labelled as "other"? Or is it a wilful choice that is emblematic of their having the right to choose in a liberal democratic and predominantly secular society? Is it based on class awareness (not being limited to just the West)? Or perhaps even intellectual trends?

While these questions need to be tested empirically, the working hypothesis is that secularisation has created the conditions for the prevalence of cultural and secular Muslims, in particular in Western liberal democratic societies. The issue will almost certainly have far-reaching implications for understanding Muslim and non-Muslim relations at the global level.

Looking to the horizon, the observed interplay between categories as markers of identity may begin to shed light on the everyday experience of Muslims who stand apart from radicalised members of their community. Not forgetting the politics of religion and identity construction, let's not forget that cultural Muslims constitute the vast (and indeed silent) majority of those who are consciously identifying primarily with their cultural heritage and only secondarily with their religion. The fact that non-practising Muslims are acutely aware of stigmatisation provides important clues about Muslim subjectivity and its association with concerns about social cohesion and national security.