Minister Bowen visited the University’s Werrington South site of the Penrith campus for a meet and greet with students, and a tour of the Television Sydney (TVS) broadcast studios and the production facilities of the University’s School of Humanities and Communication Arts.

Joined by Member for Lindsay and Assistant Treasurer, David Bradbury, the Minister also met with UWS staff, including the Vice-Chancellor, Professor Janice Reid, and saw first-hand how the Government’s reforms to increase participation were being put into practice and how they were changing lives. 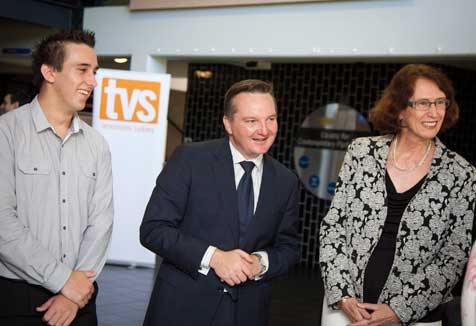 Over 8,400 students across the University’s six campuses are from lower socio-economic backgrounds – which equates to 23.7 per cent of its total domestic student enrolments.

64 per cent of commencing domestic students are also the first in their families to attend university.

“The University of Western Sydney has the largest number of students from lower socio-economic backgrounds of any university in Australia,” Mr Bowen said.

“Between 2007 and 2011, the number of students from low socio-economic backgrounds at the university grew by more than 30 per cent.

“In addition, the UWS student profile shows that 70 per cent of students are from western Sydney.

“These are great results that show how the Government’s reforms are making it possible for more young Australians to access higher education.” 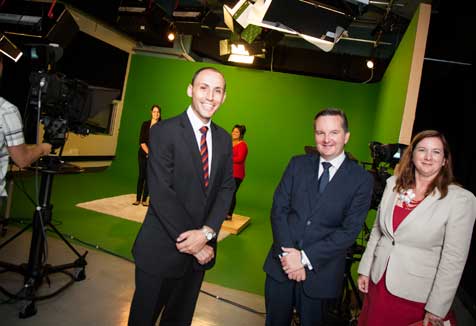 UWS is the lead university on a multi-institution project called ‘Bridges to Higher Education’ which was officially launched in August 2012 to further increase the numbers of students from low socio-economic backgrounds in higher education.

This project received $21.2 million from the Commonwealth through its Higher Education Participation and Partnerships Program (HEPPP). Its university partners are University of Sydney, UTS, Macquarie University and Australian Catholic University.

“Schools in Greater Western Sydney are key targets for aspiration-raising activities of the program, which includes mentoring, tutoring, and career-coaching,” Mr Bradbury said.

The four-year project is creating new aspiration-building programs that will reach over 100,000 school-age children.

In addition, UWS in 2013 will receive $7.8 million to support students from low SES backgrounds in their university studies.