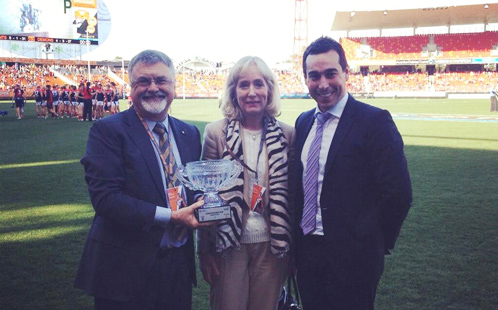 The University of Western Sydney Giants have taken out the inaugural Chancellor’s Cup with a resounding victory over Sydney University on the weekend.

In front of their home crowd at Blacktown International Sports Park, the UWS Giants were irresistible in front of goal, kicking an incredible 34 goals as they ran away with the NEAFL Eastern Conference game 222 to 30.

UWS partnered with the Giants at the beginning of 2012 for their inaugural year. UWS and the GIANTS work together on a wide range of initiatives across the areas of education, health and community.