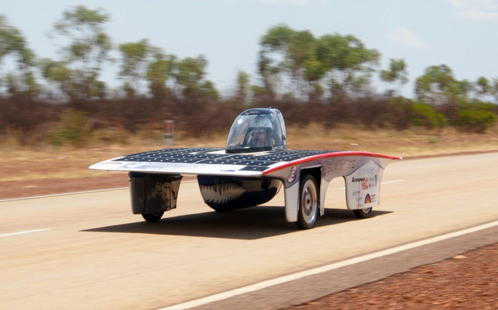 In just their first entry into the gruelling race across Australia's red centre, the University of Western Sydney Solar Car Team has defied all expectations to finish in the top half of their class, proving that dedication, brainpower and team spirit matters more than big budgets.

The World Solar Challenge, the pinnacle of solar races, is a gruelling 3,000km race from Darwin to Adelaide - testing innovation, technology and efficiency, and attracting international entrants from prestigious universities and large corporations from around the world.

As only one of two Australian university teams in the total field of 42 entrants, the UWS Solar Car Team was pitted against heavyweight veterans including Cambridge University in the UK, Michigan University in America and Tokai University in Japan.

First conceived by Jay Manley during his final year of a Bachelor of Engineering, the journey from a rough sketch to a fully functioning car powered by nothing more than the sun involved two years of countless late nights, long weekends and pizza deliveries.  As the project developed, Jay was joined by 25 UWS engineering and industrial design students, alumni and volunteers who all brought their own skills to the lab at UWS Penrith campus.

"Compared to the multi-million dollar budgets of our international competitors the team had very limited resources, but they did well and completed much of the work themselves rather than outsourcing."

"They have set an outstanding example for all future UWS Solar Car teams." 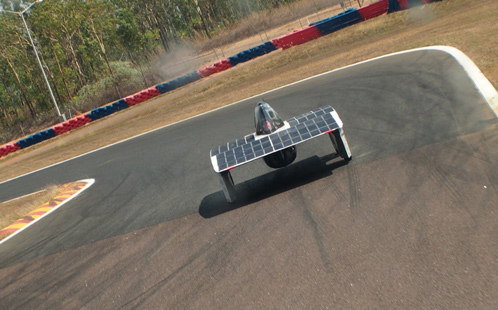 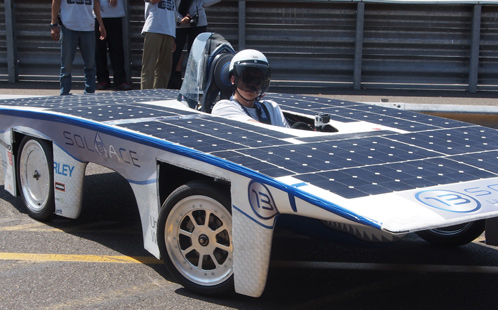 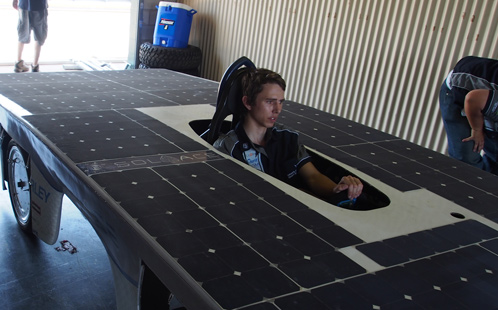 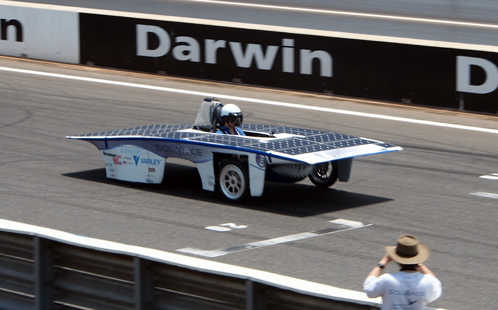 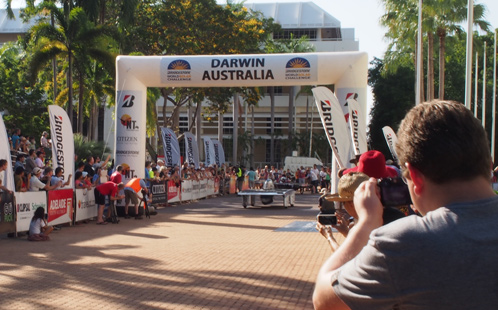 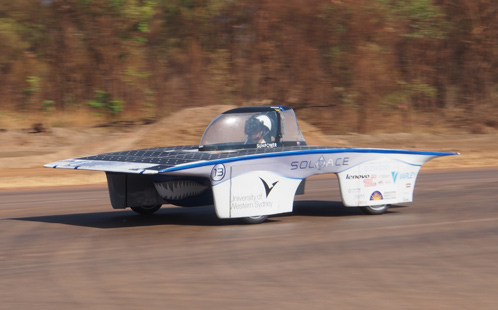 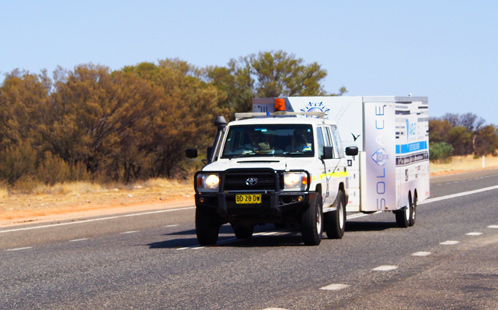 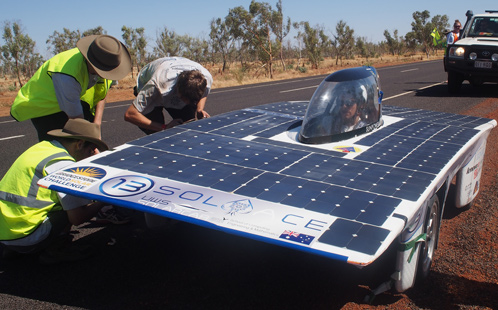 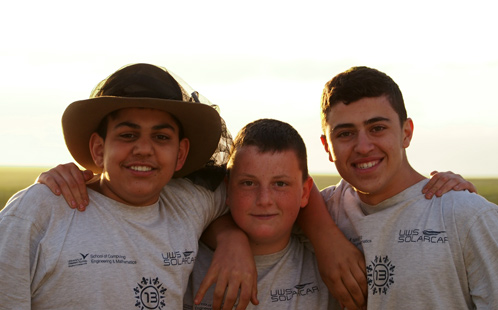 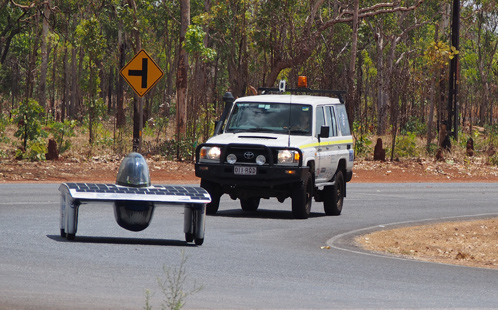 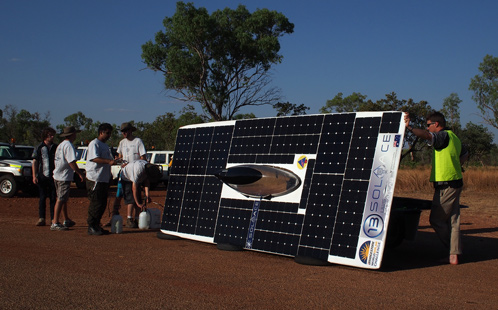 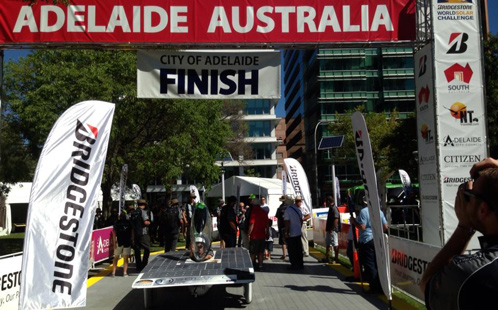 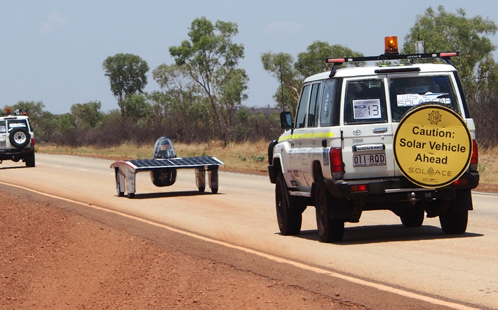 Click on the image above to see more action from the World Solar Challenge.

After conducting final tests of the car at the Sydney International Regatta Centre, the car was loaded onto a trailer and sent to the starting line at Darwin for the race. The team spent a week in Darwin passing through various testing and scrutineering requirements, during which time the team qualified at 17th. On Sunday 6 October it was time to start the journey south along the Stuart Highway with the team's four drivers rotating along the way.

The team arrived in Adelaide on Friday 11th October where they were placed 11th out of 23 entrants into the Challenger Class, where speed and efficiency were of the essence.

"As a team we are incredibly proud of the results, especially for our first time competing in such a challenge," says Jay Manley, Team Lead of the UWS Solar Car Team.

"This was the first time any of us had built a solar car, let alone raced one, so to place so well in our class was a great reward for all of the late nights and long weekends we've put in over the past two years."

"Challenging weather conditions including a very strong head-wind, and some mechanical issues with our vehicle saw us have to place it on the trailer for a short time on the second last day. This was disappointing but many other teams were in the same boat and you can't control the weather. We'll be back in 2015 ready to crack the top 10!"

The University of Western Sydney would like to thank those who helped the UWS Solar Car Team on their journey to the World Solar Challenge, including: